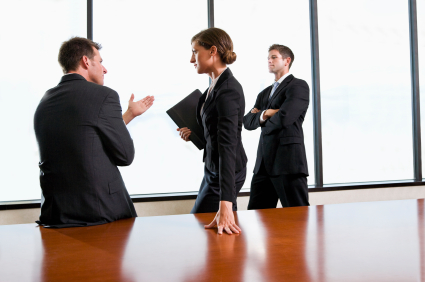 In June, Glencore, which had been criticised by business secretary Vince Cable for being the last all-male FTSE 100 board, appointed Patrice Merrin as director.

And with the Cranfield report showing the increasing progress of female appointments to board positions, a lasting change could finally be taking place in UK boardrooms. In fact, women on the boards of FTSE 100 firms have increased by 82 per cent since Lord Davies’ report was first published in 2011, with only 28 out of the FTSE 250 boards remaining all male. In the last year alone, 33.65 per cent of directorships went to women. Co-author of the Cranfield report, Dr Ruth Sealy, said: ?What is most encouraging is that, finally, we are seeing the percentage of female Executive Directors starting to rise, after having stagnated at five to six per cent for many years. In the FTSE 100, 24 women now hold 8.4 per cent of executive directorships.? With the report predicting that the 25 per cent target could be hit in 2015 if the current pace is maintained, Sealey explains that businesses need to keep up this momentum. ?The momentum that has gathered is a testament to the many stakeholders involved in making this change happen, but there is still some way to go.? We only need another 24 women filling board roles in the FTSE 100 to meet Lord Davies? target of 25 per cent in 2015.  Commenting on the report, Lord Davies said: ?The number of women on our top UK boards has nearly doubled since we published the review in 2011. Although our target is in sight, we must keep up the momentum. Companies need to harness all available talent and those companies with less than 25 per cent of women on their board need to take action now.? Concerned with issues surrounding gender diversity in business? Don’t miss Real Business’s First Women programme: Drawing on ten years of the First Women movement and the phenomenal network of pioneering women the Awards has created, this programme features The First Women Awards and The First Women Summit – designed to educate, mentor and inspire women in all levels of business. By Shan? Schutte