I had one of the most interesting conversations of my career at lunchtime today, with the founder of Tech Music Schools Francis Seriau.

Seriau came to Britain in the late seventies, with the dream of hitting the big time as a drummer. He mixed with some of the very best, playing alongside Ginger Baker in his debut London gig.

As an aspiring musician, he was keen to learn more and develop his talents. But France and London offered nothing, except Le Conservatoire or the Guildhall. “They asked me what I knew about music theory,” he recalls. “I was a drummer!” The alternative was chaotic afternoon tutorials with ageing rockers.

An opportunity began to crystallise in the mind of this entrepreneurial musician, and he started giving his own lessons – this time with a difference: Seriau’s music teaching was professional and well organised; he hired a proper studio; his adverts in the NME had bullet points telling students what they’d learn.

Clients began to get in touch and word began to spread. Big-time musicians heard about this new music teacher. The drummer from Yes (those of you of my generation will remember their triple albums!) came along to one of Seriau’s Saturday drum clinics and was impressed by the young teacher’s techniques. “He asked me, ‘can I come to have lessons”?” Seriau says. The snowball was gathering pace.

It’s an amazing story (which I’ll tell in more detail in the next few weeks), which culminated this summer, when Seriau sold Tech Music Schools to private equity firm Sovereign Capital and left the business.

The key thing, it seems to me, is that Seriau was both romantic and professional enough to make a success of his business. All the time he was building a professionally managed, well organised music school that, for the first time offered proper accreditation to musicians, he continued to be a musician. His real love, music, was never overwhelmed by his talent for business. The two lived in harmony.

By contrast (although not totally), Joe Stelzer encourages all entrepreneurs to be utterly dispassionate about their businesses. Stelzer’s a very successful businessman who’s recently joined Cavendish Corporate Finance as a partner. He was brought up in a family business environment; his father gave 25 years “hard labour” to the family firm. However, the young Stelzer never allowed himself to get too emotional about the business. His father might have wanted young Stelzer to devote his life to the family firm but “when you looked inside the business, that wouldn’t have been right.” A huge amount of hard work later, he got the family to agree to sell up in 2007 at the peak of the market. One year later, the global economy collapsed. The emotionally detached Stelzer had made a very smart call.

In his new career as a corporate finance adviser, Stelzer has one core piece of advice for entrepreneurial people: look inwards at your business. You, the owner-manager, may passionately believe that your business is worth millions, but what – really – makes your business worth something? Where’s the evidence for the value? It could be a long-term contract or a secure, unique accreditation; maybe it’s a division with rock-solid earnings.

Entrepreneurs should not allow their own blind faith to hide themselves from where the real value is within their business. The only way to ensure that you’ve got the true picture is to have real exposure to your customers. Only they can tell you what’s of real worth… 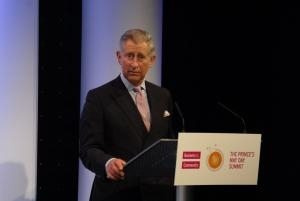 How to cut your carbon footprint 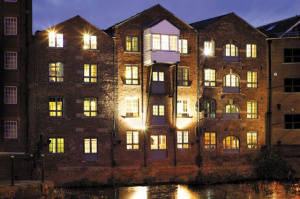 The art of extraordinary customer service