From political opinion polls to research into the type of pasta we buy, we are overrun by surveys into every aspect of our professional and personal lives.

I have to say, I’m pretty sure that I’m a member of the not-so-silent majority that has never been approached to take part in a survey and if I had, I’m also pretty sure I would’ve skewed the results considerably.

That would have been especially true if I, and a lot of other entrepreneurs, had taken part in a recent study that said UK business owners have the shortest working weeks compared to some of our European neighbours.

According to this study of 3,000 small companies by Hiscox Insurance, British entrepreneurs clock up an average of 38.5 hours a week. This apparently compares to other countries, such as Germany where business owners work, on average, 47 hours a week.

Even the figure from our German cousins seems strangely low to me. It’s not unusual for me to put in a 60 hour week and, when I was starting out and building the business, it was probably more like 70. With the way the economy is, you have to work that little bit harder, and yes, a little bit longer, for every pound you want to earn.

I’m not sure who they asked to get these statistics, but I would suggest, based on one of the other answers given to the survey, it was from that pool of business owners who are entrepreneurs in name only.

Apparently, more than half of British business owners questioned were happier running a small business than working as an employee in a larger company.

Of course, I completely agree. I don’t think I could be anything else than a business owner. However, when you look at that statistic in conjunction with the working hours of these guys, it suggests to me that these people run businesses to fit around their lifestyles rather than through a drive to be entrepreneurial.

Now, I’m not saying that running a business is an easy option or that we don’t get into it to try and create a comfortable life for our families. However, these “lifestyle entrepreneurs” seem only to run businesses to allow them to take mid-week breaks and early Friday finishes.

In my experience, entrepreneurs are nearly always working; it’s what helps make us successful and sets us apart from supposedly “normal” business owners.

So, maybe true entrepreneurs and these “lifestylers” are two completely different breeds. It’s not surprise that the stats came up skewed, since I and many other entrepreneurs would not have had time to fill in the survey in the first place!

However, let’s not take anything away from these nine-to-five businesses owners – they are making money and employing people. Just imagine, though, how much more they could do if they became real entrepreneurs. 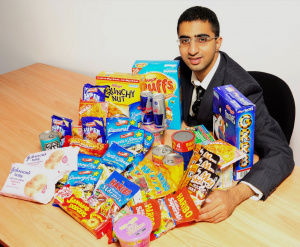 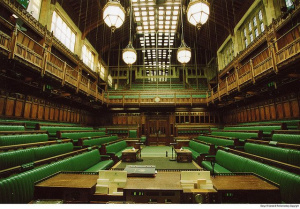 SMEs believe their MPs are ineffective