It’s a classic example of why the “renewed push” to help finance SMEs is a load of hot air.

Granted, Optare has not enjoyed much glory as an AIM listed public company, racking up losses for several years. But the announcement just before Christmas that its board was recommending it be financed at an 80 per cent discount to its current share price by Indian-owned Ashok Leyland should raise more than a few eyebrows.

Optare was doing all the right things: it had cut its debt from over £4m to just £1.3m; it had formed an alliance with its 26 per cent Indian shareholder Ashok Leyland; and it had grown its order book from an unexciting £24m to a highly commendable £55m in the past 12 months.

Unsurprisingly, such a big leap in the order book requires additional financing and, for a company such as this, an early port of call would normally be the government’s export credit insurance. But, as the company pointed out in its pre-Christmas statement: “as highlighted in previous announcements, the industry has been challenged by a lack of trade credit insurance.”

So much, then, for Vince Cable and his favourite ex banker Lord Green at UK Trade & Investment.

The next port of call is, of course, Optare’s bankers. But the company warned in September that it was still in “constructive discussions” with them so, with the help of Ashok’s financial muscle, facilities were extended by just three months.

As we now know, the bankers took fright at increasing credit lines to a required £12m despite the vastly improved order book, a strong and productive industry shareholder and a company that had made all the right debt management moves so far. Certainly no sign of our banks’ “renewed enthusiasm” for SME lending.

What of Optare’s British shareholders? Two of its largest are the venerable old names of Legal & General and M&G/Prudential, who certainly have the financial firepower. Sadly, as Optare’s entire market capitalisation was just £6m, is anyone in those august institutions going to stick their necks out to the tune of £12m? I think not.

So, with no help coming from any of its other stakeholders, Ashok Leyland quite understandably went in for the kill. In return for providing the credit line, it is taking its shareholding up to 75 per cent by injecting £4m at an 80 per cent discount to the existing share price. This must be particularly eye-watering for Optare’s finance director Peter Phillips, who was cheerfully buying stock at ten times this price just six months ago.

Post-Christmas, there was one last little twist to this tale when up popped a competitor Alexander Dennis (a group backed by Scottish millionaire Sir Brian Souter) who said it was considering making an offer for the company. Unsurprisingly, Ashok told Dennis to sling its hook as their shareholding was not for sale “to anyone at any price” and Dennis has duly backed off. Shareholder approval is set for this Friday (January 6) and, short of a Damascene conversion by its current British shareholders on the day, we will just have to watch another British company fall to enterprising Indians. 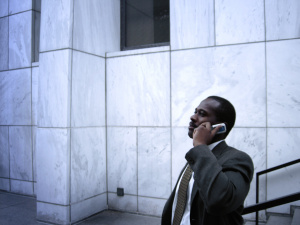 How to sell a business (9) – setting a price 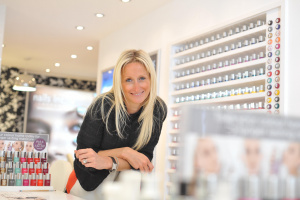