The findings come from web address hub UK domain, with 17 per cent of mums planning to launch a business within 12 months and 21 per cent out to run their own operation within the next five years.

By comparison, some eight per cent of new mums are already in business – otherwise known as “running post-baby powerhouses across the UK”, as the report described it.

Interestingly, the study follows news that the co-founder of Netmums, Siobhan Freegard, has secured a £2m investment to launch a new YouTube-based video blog.She hopes to attract “mummy vloggers” and relevant businesses by providing them a strong community of millennial mums with young children.

The UK domain report said 54 per cent of millennial mums who returned to work after maternity leave said they struggled managing both family life and a nine-to-five. As a result, 22 per cent of mums feel anxious about work and 78 per cent said flexibility and control over hours worked is the main reason for self-employment.

Elsewhere, mums also said they feel concerned about returning to work due to high costs involved, such as childcare fees and travel expenses. Furthermore, 71 per cent admitted they feel guilty about leaving children with other people.

Russell Haworth, CEO of Nominet, which runs the .uk domain, said: “I think that we’re seeing an entrepreneurial shift in the UK workforce – and women with young children are at the forefront.

“There is real enthusiasm amongst millennial mums to be their own boss to ensure they can achieve the all-important work-life balance, while still generating an income to support their growing family.”

Maternity leave was found to provide many lessons for millennial mums, as 94 per cent said they developed skills as a new parent, including multi-tasking, time management, remaining calm under pressure and building relationships – all of which can provide a competitive business edge.

Respondents admitted they know setting up a company is a big task, but they remain undeterred. A fifth of mums have already conducted market research, 28 per cent have set up a website and 13 per cent have written a business plan. Others have even attended enterprise workshops, looked into loans and developed contacts.

“Advancements in technology mean it’s never been easier to set up your own business online and to quickly develop a space for yourself and your ideas making it more viable to abandon the traditional nine to five and embrace entrepreneurship,” added Haworth.

“Setting up my own business has given me enormous self-belief. It’s also given me many rewards including the freedom to run my life in a way that can be flexible around my children,” said 34-year-old Becky Hodges, founder of Didi and bud.

“It hasn’t all been plain sailing and sometimes I can be working until the early hours but I wouldn’t change working for myself. It’s empowering to know I can do all this from my own kitchen, with just my laptop and business website.”

According to Facebook, women have power to create £10.1bn for UK economy by 2020, and the social network has teamed with British business bodies to generate support. 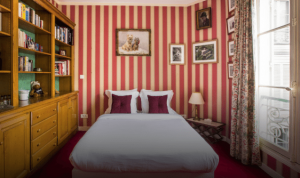