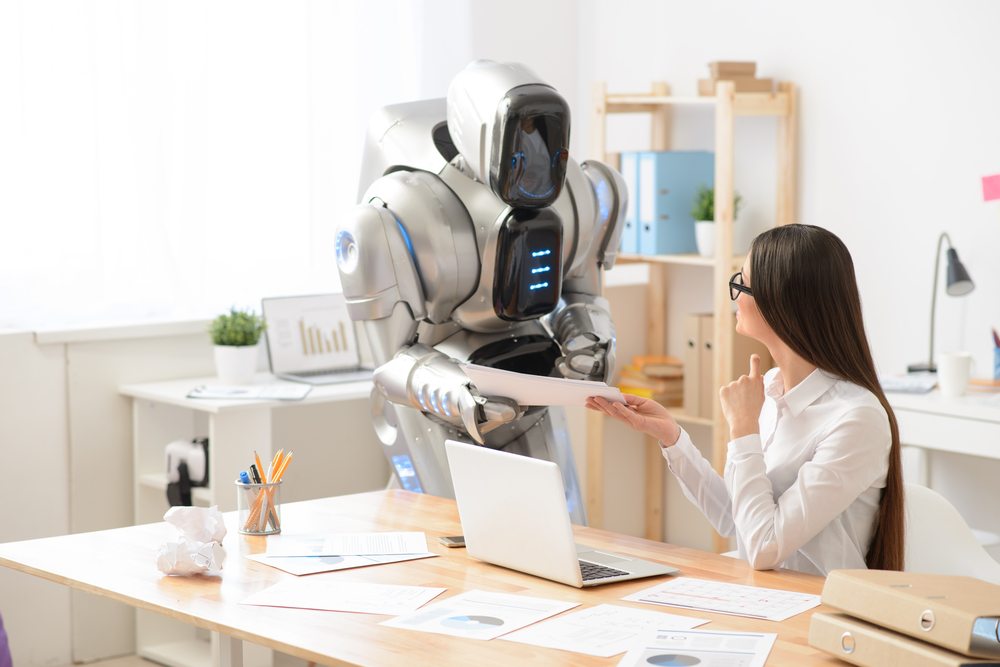 Alex Fitzpatrick, in his article on whether robots in the workplace will destroy our future, said it well when he exclaimed: “There are two schools of thought regarding the coming impact of robots on workers. There are those who warn they will destroy jobs and those who hope new technology will boost the productivity of workers without replacing them.”

He went on to suggest that given the robotics industry was entering an uncertain chapter, people tended to lean to the latter side of the argument – with some of his sources dooming the combination of robots and artificial intelligence to a different kind of revolution. Think Terminator series. But to really canvas the sentiment around the subject, Genfour looked to find out how global business leaders felt about working hand in hand with machines. And what it found was unlike the picture painted by many nay-sayers. Some 94 per cent of those in the UK and US felt a robotic future was inevitable, with 54 per cent believing the shift to an automated world would take place in the next two years. Particularly in the US, a high percentage of leaders believed the transformation would be fast – 38 per cent took that as their queue to ensure they had plans in place now. More importantly, the majority were embracing the change, contrary to a report earlier this year which claimed 5m jobs would be “stolen” by robots in 20 years.

IT is the department most committed to AI and robotics, with 52 per cent actively looking for processes to be automated, followed by operations (43 per cent) and finance (35.4 per cent). Construction is the industry with the most aggressive plans to automate, with 50 per cent stating they had imminent plans in place to automate.  In general, most companies thought 10-30 per cent of their businesses would see some form of automation implemented pretty soon. Earlier this year The World Economic Forum released a report called ‘The Future of Jobs’ that stated 5m (jobs) would be “stolen” by robots in 20 years. James Hall, Genfour CEO, said: “These statistics show a very different picture from the negative portrayal of the fear surrounding robots and automation we’ve seen all too often. Business leaders see automation as a way to increase productivity, reduce repetitive and mundane tasks and create efficiencies in the back office. “It’s our job to elevate the power of automation out of departmental level and into the board room,” added Hall. Image: Shutterstock Humanity is close to destroying itself – so say scientists and business leaders alike. However, Microsoft CEO Satya Nadella has a few tips in mind for how we can prevent ourselves from becoming the all-star cast of the Terminator series. By Shané Schutte