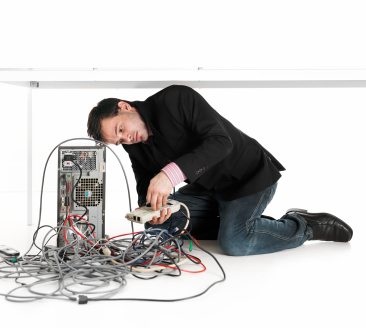 More than half of CEOs believe the current education system is failing future workers, revealed a survey commissioned by Skillsoft.

The drastic increase in fees and the increased debt burden is putting people of all ages off going to university; after all, a good degree or A-levels alone are no longer a guarantee of career success.

While CEOs appreciate qualifications in their future managers – of which 63 per cent considered it to be their number one value – they feel the current education system is not equipping future workers with the basic skills that employers need.

So, what skills do major employers find lacking?

The fact that corporate leaders have felt this way since 2011 and that universities have been complaining about students with a lack of basic skills since 2006, however, shows how pressing the issue really is. A common complaint from managers is that they have to spend time training young recruits in basic literacy and numeracy, which they would have expected them to have developed in GCSE courses.

According to Kevin Young, general manager of EMEA at Skillsoft: “There seems to be a disconnect between the skills gained whilst in education and those that employers need their new starters to have. With businesses working leaner and smarter to achieve success, they now expect more from their employees when it comes to basic office skills in order to hit the ground running.”

A case in point is IT skills. There has been an increase in demand among employers for basic IT training and, with the ICT curriculum set to be replaced with a computer science qualification from 2014, it could take time to close the gap. Industry and education need to work closer together to ensure that students are gaining the appropriate skills for work. This can be fine tuned and developed with on-the-job training and support.