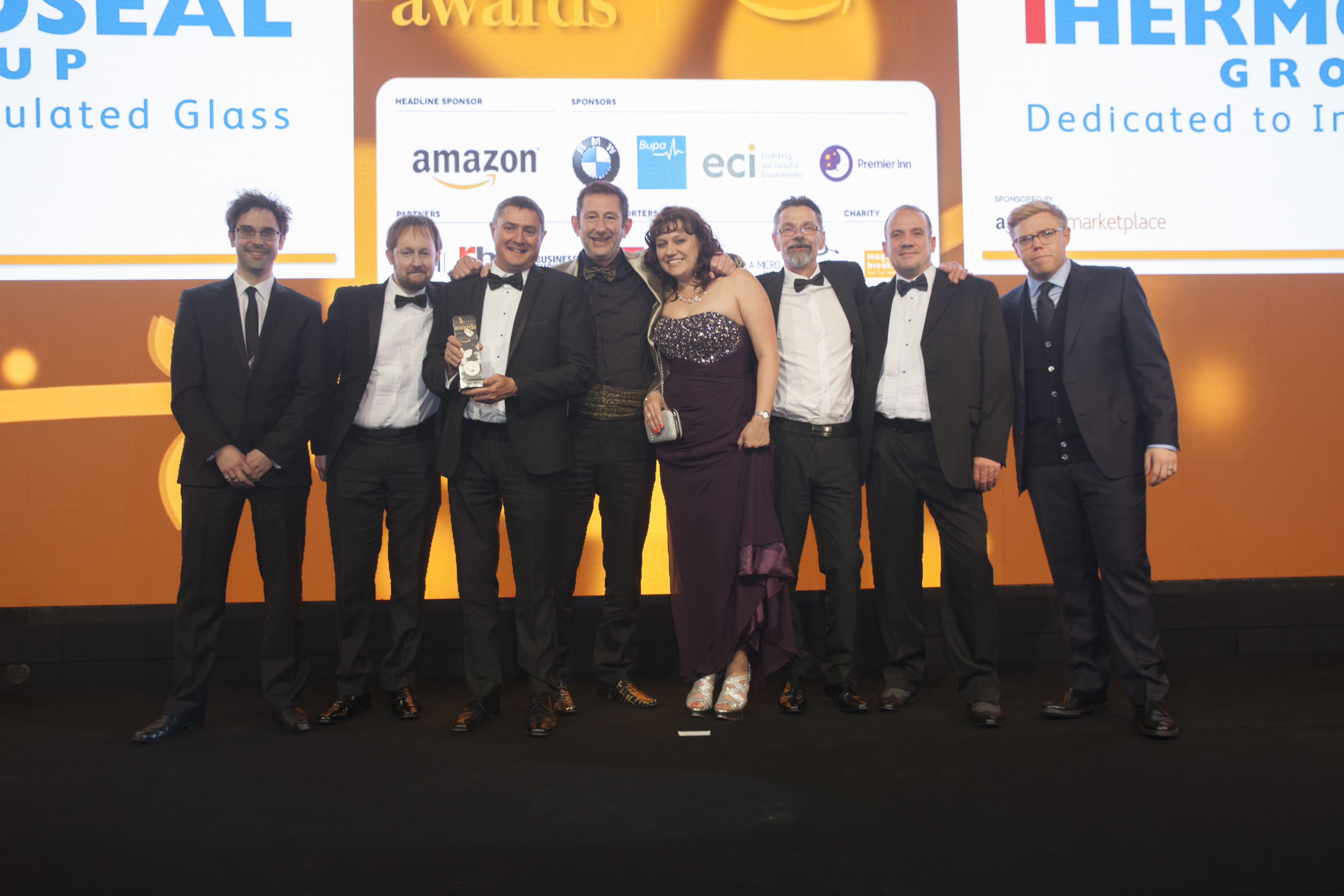 Share via
Angel investor Dan Martell once claimed entrepreneurs have an affinity for overcoming challenges in order to create a new way of doing things. “Regardless of the direction,” he said, “entrepreneurs strive to be disruptive.” Thermoseal has taken this concept to heart and batted away beliefs that certain industries are harder to change than others. It is the only British company to set up a manufacturing facility and innovation centre for the creation of energy efficient IG products – a combination managing director Gwain Paterson claimed made the company stand out from the competition. “Through these facilities we have invested over £5m, employed 68 people in production alone (138 in total) and now manufacture almost 50 per cent of the products we supply,” he said. “Despite what anyone may say about the sector, we are innovating – and we are growing fast.” It is this growth that garnered it Export Champion of the Year at the Amazon Growing Business Awards, an annual event that aims to celebrate the UK’s trailblazing fast-growth companies. In 2015, Thermoseal saw a 95 per cent increase in export business coming from its expanding network of customers, and the company is seeking to sustain that growth. In addition to increasing the number of staff and building space, it plans to invest in packaging for export and additional vehicles for UK deliveries. “Extra extrusion and lamination machines, which increased the company’s production capacity by 250 per cent in the past 12 months, have been key,” Paterson explained. “We are also developing a bespoke bar coding system to automate real-time stock control and efficient processing and delivery of orders. The plan is to focus on our production facilities and innovation centre so as to launch products specifically to suit export markets.” But, as always, overcoming challenges and obstacles are a necessary part of any success journey. Wilma Rudolph, dubbed the fastest woman on Earth in 1960, is famous for claiming in an interview at the Olympic Games that polio, which left her with a twisted left leg, made her train harder and longer than anyone else. She said: “I discovered that in order for me to be successful I had to go about overcoming challenges.” So any challenge encountered is an opportunity in disguise. For Thermoseal, moving from distributor to manufacturer was a big hurdle to overcome. But it allowed the business to cater to a growing worldwide demand for warm edge spacers – “there is a huge opportunity for growth in the area,” Paterson said. In the early days, Paterson explained, it was difficult for the company to become the master of its own destiny. Thermoseal’s research and development efforts sometimes resulted in a cul-de-sac, but the company had been prudent and so had the financial strength to try different solutions. He emphasised that despite such set-backs, management always pursued the original vision of being a manufacturer. “It was particularly difficult to buy production lines because we couldn’t buy an off-the-shelf solution. We had to persuade equipment suppliers to buy into our vision and develop new equipment specific to our needs. In some cases we couldn’t find a suitable parter – most were either too expensive or not interested. In this instance, we had to make the equipment ourselves. Our engineering department, which designed and built much of the equipment used for manufacturing special products, is something we’re particularly proud of. “Of course, once we developed the right products we had to sell the idea that we could manufacture to customers. For this we sought validation of our products through independent test houses and had to jump through hoops to gain a variety of certifications so as to sell to both the UK and worldwide market. Fortunately, Thermoseal Group had a history of supplying quality components to the industry.” Overcoming challenges led Thermoseal to become the growing business it is today, with memorable moments aplenty scattered around the journey to success. Paterson recalled the company buying its first injection moulding machine, claiming that it spurred the business to truly look at manufacturing its own components, even after competitors suggested it would only end in failure. “Other component suppliers were so sure we wouldn’t make it, offering to buy the moulding machine when we ‘give up trying’,” Paterson said. “We now have nine injection moulding machines running 24 hours a day producing approximately ten million mouldings per year.” By Shané Schutte