Here’s a riddle: what do you get when you cross impact-minded students with a ‘build your own business’ competition? – Only a $200 million dollar company that’s pioneered the birth of wearable baby-tech.

This may sound like a big jump, but once I sat down with Jacob Colvin, co-founder of Owlet Bay Care, I realised how much of a consumer revolution the brand was, and continues to be.

Let’s explore the backstory, but we’ll have to go back to 2012 to start. The location? Utah…

A business idea ‘birthed’ at university

This is where Colvin met friend and future Owlet Baby Care business partner Kurt Workman whilst both were at Brigham Young University in Utah.

Colvin was studying European Studies, with a focus on global health, whilst Workman was heading towards a degree in Pharmaceutical Studies.

So where did the idea to create a wireless sock that monitors a baby’s breathing and heart rate come from?

The idea behind their now multi-million dollar brand came, not from a thirst for disruption, says Colvin, but from a place of passion and academic interest, where the success part was merely a by-product…

Impact ‘on the mind’

“Our school had a pretty innovative programme,” says Colvin. “Essentially it involved us getting into groups and devising what we thought would work as a business,” he continues.

Well, apart from this being a great way to prepare graduates for a career in entrepreneurialism, what we must ask is how did the two come to the idea of an infant care product?

“With our combined interests in health, we both wanted to create a product that had some sort of positive impact on the world.”

The problem they were trying to fix

Both men had some sad experiences in this area, where both had family members, and close friends who had dealt with child death and infant sickness.

“Kurt has an aunt who gave birth to premature twins with heart defects,” says Colvin. “The doctor’s suggestion was for their mother to keep an eye on them constantly, as they could ‘go’ at any time. She had other kids too, so I saw the deterioration in her mental health as she tried to look after them all,” he continues.

Enter Colvin’s eureka moment, what if they could create a device that, whilst not trying to solve the sad mysteries of infant mortality, at least put a parent’s mind at rest, that their child was, at least, breathing…

A market begging for disruption

“You look at the traditional baby monitor, and it doesn’t measure a baby’s breathing or heart rate. You look at hospital devices for infants, and they’re all wired up. We wanted our sock device to be completely wireless and accurate when measuring a child’s actual wellbeing,” says Colvin.

So, they won the university innovation competition and came out with some prize money. The next step was to undertake an internship that matched their degree disciplines, and whilst Colvin went to work at a pharmaceutical school in Oregon, Workman had a different idea…

“He went ahead and started the business,” says Colvin. “I remember him saying, why would I want to do an internship when we’ve got this great idea?” – Well, good on you Workman, that’s exactly the kind of ‘can-do’ spirit we like to hear about…

Engineering issues and run-ins with the medical community

However, building the product presented its own unique challenges, says Colvin, “we had to get a tech network as big as a laptop onto a foot of an infant, that’s obviously not easy,” he continues.

So how did they get it right? They brought everything in-house, “that’s really important to us,” says Colvin. “We have our engineering team in-house to ensure everything’s on brand with our original vision,” he continues.

“The only thing in this particular space at the time was the traditional baby monitor, that’s how outdated and unevolved the baby care sector was before us.”

But before Owlet Baby Care could take off and fly, they had to contend with the powers of the FDA (The Food and Drug Administration) of America.

What’s important to remember is that stateside, there’s a strict distinction between products that are certified as medical and those that are labelled as consumer based.

“In the UK and Europe, you don’t have such a strict demarcation between medical and consumer certifications.”

But whilst it seemed like their entrepreneurial story was over as swiftly as it had begun, the experience served to make their product, and its messaging stronger, “the experience helped us establish our branding,” he says.

“Even within the medical sector, there aren’t as many life monitoring devices for babies as there are for adults,” says Colvin.

“There’s a lot of fear marketing. Our brand isn’t about a parent’s fears about their baby, it’s about giving them peace of mind,” he continues.

“In the US, 96% of parents that bought our product reported better sleep, whilst 94% say they now have less anxiety about their infant’s health.”

The right tech, at the right time

When we talk about the brand launch era, Colvin, modest and polite about the product’s success, says it happened at a time of great technological convergence which helped Owlet Baby Care take off…

“Think about 2012-2013, e-commerce was just beginning to boom, and wearable tech was still in its early days,” says Colvin. “So our wireless wearable sock product came into that space and innovated it massively,” says Colvin.

They also went online first, which is something Colvin thinks worked wonders for the brand. “That meant that our customers knew about us online before they saw us stocked in stores,” he says.

Not another baby monitor…

Why was this important? Colvin explains that he didn’t want the brand to sit on a shelf, among numerous other baby care items, where customers might have mistaken it for ‘just another baby monitor’…

“We wanted to ensure that customers knew that we were a new and innovative kind of baby care product and not something that merely recorded a baby’s cries, but something that gives parents peace of mind by tracking their babies vitals,” he says.

So, with all this wireless technology flying about, does Owlet Baby Care worry about hackers?

“Our biggest concern was that parents felt that the device was secure from breaches,” says Colvin.

“We have an in-house team that ensures the data encryptions are strong.

But the team goes further than that, says Colvin…

“We make sure that once the device is set up, it’s hidden on the network, meaning that hackers won’t see it,” he adds.

“Before our products had even officially launched we had a threat from a hacker,” says Colvin.

“It startled us, we weren’t prepared for it as our minds were on so many other things,” he says. “But then one of our engineers showed us that bots are everywhere and are constantly threatening to hack businesses all the time, so you need in-house people watching this for you, and that’s what we have,” he continues.

So where are Colvin and co heading to in terms of exporting?

“We used the US as a test-bed for our product and now have a presence in Canada, Australia, and as of 2019, the UK,” he says.

But how do they get the translation of their product across these different locations right?

“We cherry-pick marketers and PRs who understand our brand, and keep it intact when communicating it to other audiences,” says Colvin. “We’re also expanding our overseas team, the goal is to have a country manager in each location,” he continues.

Now whilst the product’s immediate impact is clear,  Owlet Baby Care has another impact mission too:

They are empowering the conversation about further medical research into infant health: “We have a research arm to the business that is collecting the global data in an aggregate format we have on infant health, in compliance with local laws,” says Colvin. “The goal is to stimulate a re-engagement with infant health on the world stage.” he continues.

Before we part, Colvin leaves me with a statement that, I think, sums up the entire mission and social essence of the company,” We’ve tracked 1 trillion heartbeats and counting and brought peace of mind to hundreds of thousands of families.”

– If that’s not an impact minded business, I don’t know what is.

What are your barriers to business growth? 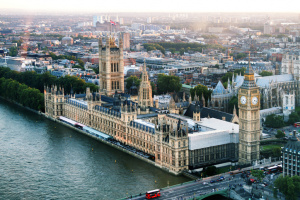 The Good Work Plan: What the government needs to consider