Arnie Gullov-Singh, a British entrepreneur, has worked out a new way to make money out of Twitter.

Arnie Gullov-Singh’s business, Ad.ly, works as a broker between tweeting celebrities and brands, signing them up for product placements in their tweets.

Rappers such as 50 Cent and Snoop Dogg are said to have earned more than £3,000 each for sending out a single message on Twitter endorsing a product.

Arnie Gullov-Singh now counts over 5,000 names to promote products such as Coke, Toyota and Microsoft in the US; and plans on launching the service in Britain.

“A year ago, celebrities were wary about their reputation, about selling out, but when they saw how easy it was to earn up to $5,000 a tweet, they flocked on board.”

The market for paid-for endorsement tweets is still young in the UK. Range Rover became the first big UK brand to run a Twitter campaign last weekend, signing up 40 stars – including ex-GMTV host Ben Shephard and model Daisy Lowe – to drive the new Evoque 4×4 and tell their followers about the experience.

Will it work? James Herring of Taylor Herring – whose work includes promoting The Apprentice – says that promoting products via Twitter can only work if the celebrities are upfront and open with their fans:

“If you announce you’ve signed a big deal, it won’t come as a surprise if you start announcing your love for a product on Twitter. But if you try and keep it under the radar, people won’t see it in the same way.”

In the US, celebrities must accompany any paid-for tweets with the words “ad” or “spon”, but there aren’t any such rules in Britain.

“There have always been celebrity ambassadors for products,” adds Sascha Deshmukh, MD of comms agency MHP. “This is just the latest way of promotion. Using social media is now a core part of promotion.”

Entrepreneur Arnie Gullov-Singh seems to be one of the first to have caught on to this movement, and we’re sure that his push into Britain will be lucrative.

His company, Ad.ly, doesn’t just push sponsored content on Twitter – it also finds celebrities and influencers to publish contents in streams on Facebook and MySpace. All together, Ad.ly’s signed-up celebrities are said to reach more than 100 million unique people.

The company is backed by GRP Partners, Greycroft Partners and investor Matt Coffin. 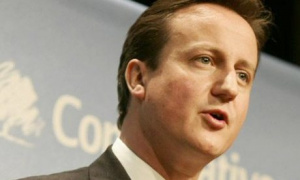 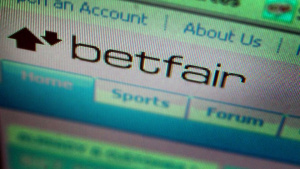 Betfair can “encourage and inspire others”, say early backers