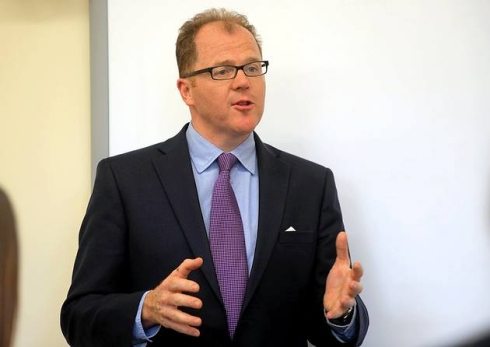 If we are to unlock the enterprise revolution we need, and the UK is to have a workforce that can take on the world, we need to radically reassess what we teach our children.

After an unsustainable decade of “Cool Brittannia” celebrity culture, cheap credit fuelled consumerism and mass university enrollment, we re going to need to help the next generation prepare for a new reality.  To cope with that new reality, our school leavers will need to have a more entrepreneurial mindset, have better basic education and more practical technological and “life” skills, and be expecting to be entrepreneurial in building a portfolio career rather than expect a job for life.  It’s a big challenge. But one we should be getting our youngsters excited about. The government has a key role to play in the school curriculum, in the framework for Higher and Further Education, and in apprenticeships and vocational training.  Earlier this month, National Apprentice Week 2012 brought a new round of government funding to support young people. This included £250m to be given directly to businesses, so they can take control of the way skills training is delivered, and a £1,500 apprentice incentive available to small firms.  This is an exciting step in the right direction, sending a clear message to businesses and young people that technical excellence is valued just as highly as academic prowess. The focus on offering real ownership of vocational training to employers is a smart move, not least because it will open up avenues for more young people to be exposed to the world of business sooner. And if we want more people to embrace self-employment, ?to invent jobs rather than search for one as the unofficial Harvard University maxim goes, promoting access to the workplace and entrepreneurial inspiration is crucial.  Because the truth is, too many of our young people are growing up in homes where there is all too little exposure to the entrepreneurial mind set. Far too many are growing up in homes where no-one has worked, or where the work is all in the public sector, or low skilled, low aspiration part time work with little or no prospect of rapid promotion on merit.  That’s why I was proud to be a founder back in the 90s of “Businesswise: Learn to Earn”, a social action programme based in Notting Hill, which provided business basic workshops for sixteen year olds excluded from mainstream schooling. Many of these youngsters were from deprived homes, alert and bright in a street rather than academic way, had been turned off classroom learning, and had if only they knew it many of the attributes of successful entrepreneurs. Our programme was designed to encourage them to see the exciting potential of the world of work, and turn them back “on”.  The course ended with each of them being given a few hundred pounds of seed capital to start a market stall. We weren?t expecting to turn them all into entrepreneurs. The main lesson we wanted to teach them was respect for the opportunities of the world of work. But it’s instructive to be able to remind them and ourselves that Richard Branson started the Virgin empire with just £300! It now employs 6,000 people and is worth billions.  It’s the same lesson that inspired me to set up The Norfolk Way Enterprise Bursary in my own constituency, providing mentoring and local business funded work experience for non-academic school leavers in rural Norfolk. I was delighted to meet Sir Richard Branson during National Apprenticeship Week to explain it to him. Of course like so many of our most successful entrepreneurs, Richard Branson was from a relatively privileged background, but dropped out of academic classroom learning before completing his schooling. Neither he nor Bill Gates nor Carphone Warehouse founder Charles Dunstone went to university.  This is an important message for a generation of youngsters who have been brought up to believe that university is a ticket to a job for life. There are thousands of budding entrepreneurs who simply need a little support and access to business to be inspired and to learn. The Coalition is overseeing a major change of emphasis to encourage entrepreneurship. Through campaigns like “There’s a Business in Everyone” asking “what is the business in you?”, we are changing attitudes. That’s the way the UK will be able to recover and create a sustainable economy and compete internationally.  In years to come, I hope that children in school will be asked not just what they want to be when they grow up, but what they want to achieve and what they want to create. Let’s give them the tools to do the job. George Freeman is a Conservative MP for Mid Norfolk and adviser on life sciences to the Minister of State for Universities and Science. He previously had a 15-year career in biomedical venture capital, spending most of his career in and around the Cambridge cluster, supporting high tech growth businesses.