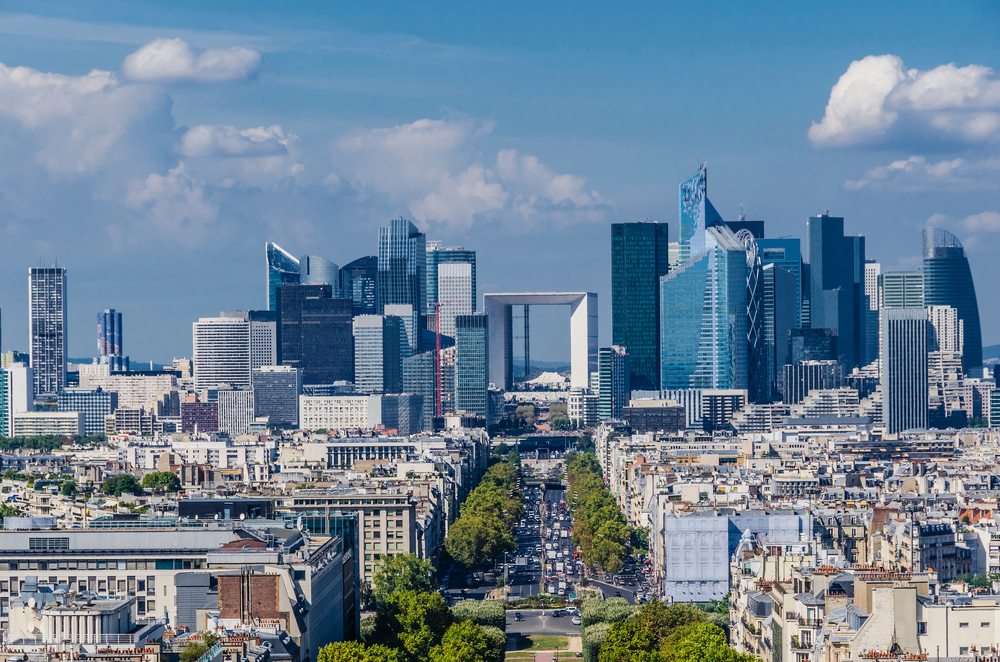 Share via
Britain’s EU rivals are using Brexit as an opportunity to court UK workers – especially those involved in the banking world, where the institutions are worried about losing access to the single market. But the most aggressive of nations is Paris, which previously timed its frog campaign to coincide with tax concessions for expat executives. Valérie Pécresse, the president of Ile-de-France, claimed to be sad about the Brexit vote. “But this vote,” she said, “started a process of competition between all the metropolis of continental Europe and in this competition Paris has got many assets. I want, of course, to take advantage of this situation. But not to punish the British people, just because I don’t think that Paris should yield in front of the competition.” Aside from having addressed the preconception that France is a high tax economy, it was made clear that La Défense would undergo some significant investments that would likely court UK workers. Between now and 2021, seven new skyscrapers are to be built at La Défense, said to amount to 375,000 m² of new office space. A flexible working space called Oxygen will cater to startups, entrepreneurs and visitors from around the world, as well as provide a space for workers at La Défense to mingle and collaborate. “With only a few weeks to go until Article 50 is triggered, we want to send a powerful message to businesses that are uncertain about a future in London,” said Marie-Célie Guillaume, CEO of La Défense. “Paris La Défense already has a huge amount of office space, and we want to build on this to support the rapid growth of our thriving business eco-system. “Brexit represents a huge opportunity for us to realise the full potential of La Défense, and after months of campaigning and talking to business leaders in London behind the scenes, we’re confident many will choose La Défense as a new European base. “The skyscrapers are filling up, there is a strong push for new investments in the business district with the construction of new buildings and the development of new services, which goes in hand with the quality of life in La Défense: 92 per cent of the employees are satisfied to be working here. HSBC, that already has offices in La Défense, will relocate 1,000 jobs to Paris.” Image: Shutterstock By Shané Schutte