Politicians almost never weigh in on subjects they understand or of which they have any first-hand experience. But for once, as he laid out the Coalition government’s proposals concerning maternity and paternity leave, Nick Clegg had a leg to stand on.

He is a father, he has a working spouse and knows just how antiquated current rules around maternity and paternity leave are.

“They’re based on a view of life in which mothers stay at home and men are the only breadwinners. It’s an Edwardian system that has no place in 21st-century Britain. More and more fathers want to play a hands-on role with their young children, but too many feel that they simply can’t.”

Clegg might just have come from some of my MBA classes where now it’s the guys who worry about how they’re going to balance family life with an ambitious career. They want to marry smart, successful women and they don’t begin to imagine that once they have, those women will be content to stay home. Most mothers work and there’s nothing in the demographics to suggest this can change.

Predictably, all kinds of groups arose as one to inveigh against the government’s proposals that men and women have equal access to time off and flexible working once they become parents: mothers wouldn’t like it, dads wouldn’t do it, the paperwork would be overwhelming. The response from business leaders was all pretty unimaginative and unhelpful.

What all of thewhingeing commentary overlooked was a fundamental and vital fact: business is part of society, not distinct from it. The work that we do bolsters, underpins and sustains the institutions and organisations that make a civilised and productive life possible. We work to live well; we do not live just to work hard.

What that means is thatif we want a cohesive society, full of educated, creative, sociable and inventive individuals, they need to grow up within families and communities that support, educate, train and teach them. In other words, our children have to grow up with parents who have time for them. Without time, love and attention, we cannot and should not be surprised if children grow up alienated, out of control and utterly disinterested in the world of work. While a few Edwardians might still hanker for the option of outsourcing this to nannies, grannies and wives, the reality is that most families can’t afford that option and many that could don’t want to.

Isolating business from society has always been a bad idea and recently we’ve been able to see just how dangerous it can be. The Financial Times journalist Gillian Tett illustrated this when she was chastised by a banker for claiming CDOs and other derivatives were opaque. All the information anyone could need, he insisted, was available on Bloomberg terminals. When she pointed out that such technology was not accessible to the public at large, he was baffled. He had, says Tett, retreated to his own Bloomberg cyber village on the island of Canary Wharf, utterly cut off from the real world. That such a vast sector of the economy had become untethered from the everyday realities of the society itostensibly served was one reason we’re in the mess we’re in today.

In my own businesses, I’ve employed hundreds of parents – mothers and fathers. And yes, they all took time out for new arrivals, illness, school plays, rugby matches and concerts. I’ll never forget Steve, who ran sales forme, saying that I was the first boss to whom he’d ever been able totell the truth about these things. In the past, he confessed, he’d always disguised the school concert as a client meeting. Being open about and supporting parenting didn’t damage my business; it made everyone more honest and far more committed.

We don’t have achoice about business’s involvement in society and we’d be foolish to try to separate the two. But that doesn’t mean somepeople won’t keep trying.

Speaking at a meeting of senior partners at a major investment bank a few years ago, I was asked: “Instead of making allowances for parents, couldn’t we just hire singletons?” The answer was simple. Sure, if you really want to reduce your access to the talent pool by only considering the celibate – go ahead. But don’t forget: you can choose whether or not to have kids; you can’t decide whether or not to have parents. And even the singletons will need to look after their elderly parents one day.

Instead of fighting society, it’s time we embraced it. 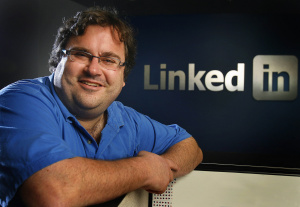 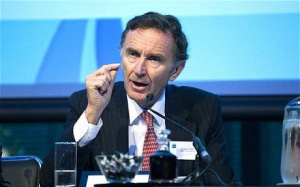