Entrepreneurs rarely find themselves on the wrong side of the popularity stakes.

But there are issues that put many entrepreneurs at odds with received wisdom – and I would venture that paternity leave is one of them.

The government has plans to increase paternity rights to up to five and a half months. It reflects changes in the family dynamics of working parents but it isn’t been without its critics.

Now, before I go further, I would like to declare that this month I became a father to a beautiful baby girl.

Since she was born, I’ve had to tackle the very real challenges that many of those running small companies face at this point: that business life doesn’t stop just because you do.

The option of extended leave was never really on the cards, and within a couple of days I was juggling the demands of domestic and professional matters alike.

“Poor you” has been the response of many who have expressed condolences, as if some horrific family sacrifice has been made on the altar of graft.

But my guilty secret is that I’m really enjoying meeting the demands of both. I love being a father and I have a renewed passion and energy about my business. I feel no intrusion, and the level of vitality and excitement that I get from parenthood is spurring me on as an entrepreneur.

Being a working parent is what the iPad was made for. I am wide-eyed with wonderment at how today’s technologies have enabled me to take a meaningful role as a parent at the same time as making an impact on my business.

In turn, my sense of purpose as a provider for my family has been invigorated. It has brought into sharp focus what I believe life is all about, and that is to look after your loved ones.

However, I also appreciate that this isn’t the received wisdom nor experience of many. Here, the worlds of home and work should be the proverbial oil and water, and nowhere does this rule hold truer than in the life of a newborn baby.

A central issue to my mind surrounds the relationship between time and commitment. That is to say, how much time do you need away from work to be a committed parent?

Of course, the answer can be dramatically different depending on the circumstances. However, it would appear to me that most of the debate surrounds the right to time rather than the responsibility of commitment.

My own experience of this sensitive issue emerged at a two-day NCT class where most of the men seemed to have two burning issues for conversation; namely what type of car would they buy as fathers and how much time would they take off from work as new parents.

On the issue of leave, the role of employer and employee was pivotal in the view taken. The employers were by and large concerned on the impact of time away, the employees focused on how much time they would be able to take.

Some members of this second group were incredibly enterprising in how they would be able to use bank holidays and annual leave, and in so doing transform weeks into months. To be honest, it wasn’t a conversation I was comfortable with, as I perceived the focus on time off as a dilution of the role of the parental breadwinner.

I’m not sure it was an entirely fair or objective view, and I also appreciate the flaws in it – but it was my subjective gut reaction. In turn, as many couples have adopted the roles of professional teams rather than relying on the unitary protector, the concept of the breadwinner is one that has taken more of a backseat in recent years. It is a paternalistic view of parenting but it’s one that I dare say many entrepreneurs – both male and female – will share.

Sure, some entrepreneurs can’t afford to take the time off, but many more do not want to take long periods of leave either, as they see their roles in business as directly linked to their ability to contribute to the lives of their families. Whether that makes you a better or worse parent is a question I may need a few years as a Dad to answer. 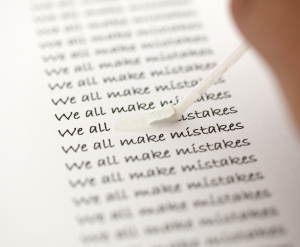 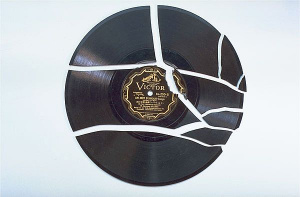