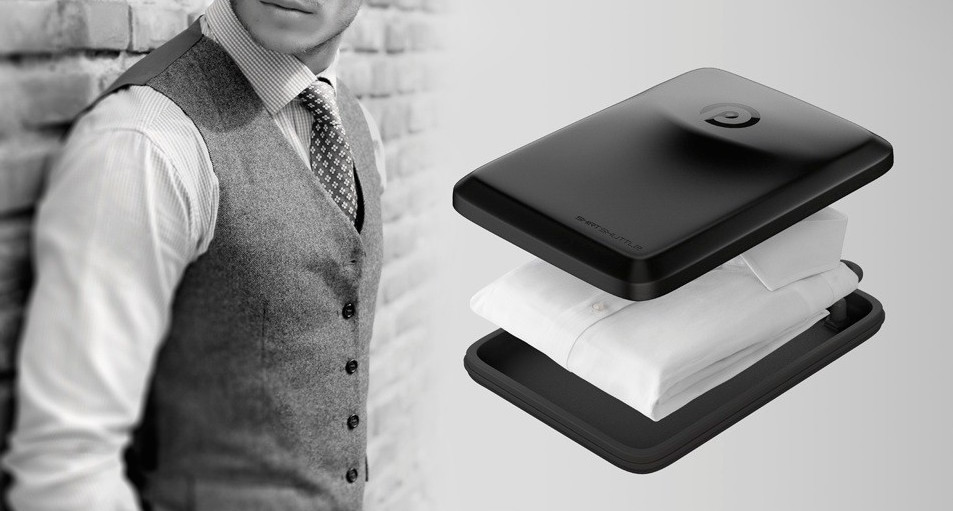 Share via
Why did you launch Patrona and what inspired the idea?

Initially the Shirt Shuttle, a shirt case designed to carry a shirt with minimum of creasing, was launched as a stand-alone product. I used to commute by road bike into central London and had the daily frustration of how to arrive at work with a clean and crisp shirt. The Shirt Shuttle was widely picked up by the press and went on to become a best-selling product in 2011, which was amazing.

Patrona was launched shortly afterwards to give me a brand to launch a wider range of innovative products so that I could to scale the business.

Can you explain the company?s offering and the Shirt Shuttle?

Patrona produces design led solutions to the everyday problems travellers face. The Shirt Shuttle is a patented design using a folding board with curved edges, around which the shirt is wrapped and a tough, light weight and water resistant case to ensure the shirt arrives pristine and crease free.

We had a fantastic start in our first year of trading, selling nearly 30,000 Shirt Shuttles. However in September 2012, we received a 250,000 shipment of Christmas stock from China that was, in its entirety, faulty. Even with a loan from shareholders at the time we very nearly went under.

However, now we have rebuilt our supply chain within the UK, things are moving forward well. This year turnover should hit 450,000.

What caused the 12 month delay in production and why did you look to on-shore manufacturing? Could you explain what happened with the Chinese manufacturer?

In 2012, we designed and manufactured two new products in the same factory that produced the original Shirt Shuttle, a new Shirt Shuttle and a tablet case. We agreed a specification for how the products were to be made. The pre-production phase was challenging with the factory going against the specification regularly. Ultimately the pre-production samples we signed off were perfect. Desperate to get stock in time for Christmas, as all startups are, the first shipment was larger than I would have liked as a first order.

However, when we reviewed it a cheaper plastic had been used and the products had warped significantly. We tried to reengineer certain parts in the UK and set up a production line to re-fit and repair the stock. However, as the parts went down the line they exposed a plethora of other issues. In total 95 per cent of the stock was scrapped, and the factory destroyed 80,000 of tools when we refused to pay for the last third for the stock.

We finished in January 2013 with no tools, no stock and very little in the bank. Thanks to some fast work, and above all shareholder and supplier support, we managed to weather the storm and rebuild.

What enterprise support have you received and can you tell me about your work with Manufacturing Advisory Service?

Bringing the Shirt Shuttle production back to the UK was the last piece of the jigsaw, but injection moulded tooling and assembly operations are very expensive. You need to think creatively and to try new things to save costs. We applied to MAS for a grant to test a particular element of our design. The process was quick and easy and the 3,000 grant helped us to reduce the risk of the project.

How do you expect on-shoring to impact turnover, margins and customer service?

Re-shoring has a big impact to our business. The first thing is quality control. We manufacture everything within 200 miles of our office. When something goes wrong we know about it immediately and can quickly get to the factory in question to trouble shoot the issue.

Our minimum order quantity is just 500 pieces and the lead time 14 days, compared with 2,500 and 12 weeks in China. We hold minimal stock and do just-in-time production for wholesale orders which has significantly eased our cash-flow.

Repatriation has meant our pre-production lead time has been cut by two thirds, meaning we get our product ideas to market faster. Most surprisingly of all, our design and manufacturing approach has resulted in unit costs falling by 39 per cent. We have cut the RRP of the product as a result and this has boosted sales. The product sells best at 29.99.

What cost saving manufacturing processes have you introduced and how did this come about?

The key to the Shirt Shuttle being produced in the UK was cutting down the number of parts and processes. We cut the product from 16 parts, four materials and six assembly processes to just three parts, two materials and one assembly process. This had a huge impact. We also utilised an automotive technology, expanded polypropylene moulding, which produces the inserts and base of the case. The material is incredibly robust and light and the tooling and part cost is significantly cheaper than injection moulding. It was an experiment in terms of design and manufacturing approach but it really paid off.

What do you think about the on-shoring trend more generally and what would you say to other SME manufacturers considering going down a similar route?

We have shown that there are huge advantages such as intellectual property protection, quality control, lead time and minimum order quantity which, to a degree, you would expect. The thing I am most proud of is the cash flow improvements and cost savings. At the very least SMEs should consider a UK approach before going to the Far East by default.

Also, if you look at the trend with regard to fuel costs and, most significantly, wage price inflation they will not be as competitive for long.

What?s next for the company and what growth do you expect over the next two-three years?

We are refocussing the brand to its core product the Shirt Shuttle and have a two shirt version coming next year. We hope to break into the USA in 2015, along with a number of other foreign markets. Overall my three-year goal is to have paid down all debt in the business and to have repaid my shareholders for their support in equity and debt that has been needed to ride through the challenging times we have had. Now we have turned the corner and are back to growth that is what I am looking forward to the most.