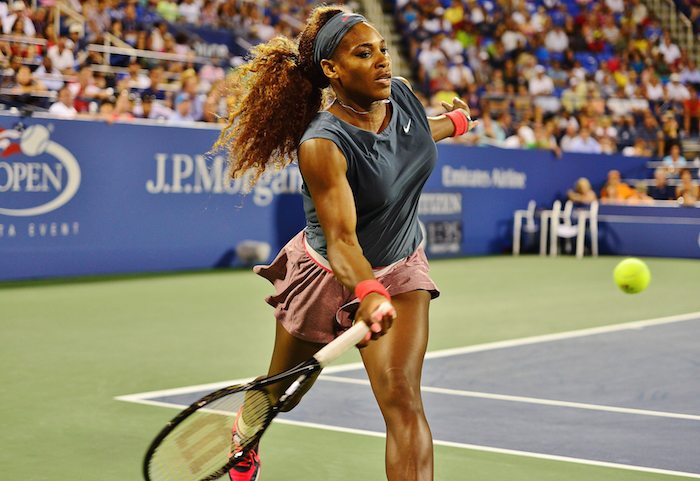 Share via
While the BBC’s pay gaps were widely scrutinised for being dominated by men among top earners, there were no black or ethnic minority staff featured among the organisation’s top 24 salaries.? Serena has since Williams highlighted the discrepancies in pay gaps for black women in particular, stating that the gender pay gap “hits women of colour the hardest?. Although her comments refer to businesses’ treatment of ethnic women inthe US, it places these issues firmly in the spotlight for British businesses too. Research carried out by the Fawcett Society has suggested that women from different ethnic groups face different gender pay gaps in the UK. While gender and racial inequality remain significant issues in the British economy, there has been considerable progress in recent years, though ethnic pay gaps still remain. Black African women in the UK have seen virtually no progress since the 1990s in closing the gender pay gap with white British men, with a full-time pay gap of 21.4 per cent in the 1990s and 19.6 per cent today. Pakistani and Bangladeshi women see the biggest overall pay gap at 26 per cent. However, some ethnic groups, such as white Irish women, have actually outpaced counterpart male salaries since the 2000s. The overall gender pay gap is characterised by factors such as lack of support for mothers” career progression, a divided labour market and over-representation of men at the top of the pay scale. While the ethnic gender pay gaps are a result of all of these issues, as well as implicit bias and ignorance of certain cultural norms. Implicit bias refers to unconscious prejudices which cause us to act in an unfair manner. These biases hinder decision-making despite having good intentions, causing minorities to be inadvertently penalised by well-meaning people. Of course, these systematic prejudices are not well-recognised, nor are they pleasant to confront, but they can be tackled head on by businesses who wish to challenge the issues. Business owners should be vigilant to ensure that any systematic discrimination against ethnic women can be removed from their company at each level. In order to recognise and act upon this, these are the following steps that should be taken. (1) Understand the main issues Ensure you clarify the reasons why pay equality is important for your business and commit to addressing these issues in a systematic way.? (2) Review the data Obtain a list of all employees and their salaries, arrange these in order of remuneration amounts, compare those who are in similar roles and identify where the differences lie. Focus on determining the reasons for any gender or ethnic biases, investigating the largest discrepancies first. (3) Take action Whatever the size of a company, it’s vital that management takes ownership of investigating gender and ethnicity pay gaps. You should then make the executive decision, in line with your business” strategy and budget, how and when these pay gaps will be rectified. Ensuring progression of ethnic women in management and leadership roles is a major contributor to the gender pay gap, while diversity of leadership is vital for benefiting organisational performance.? In April, the government announced that businesses of 250 plus employees will have to submit reports in line with The Equality Act 2010 (Gender Pay Gap Information) Regulations 2017. These will detail the gender pay gaps present in their company, with the first figures having to be published in April 2018. The government has also pledged to tackle racial pay disparities with a similar form of reporting. The McGregor-Smith Review of Race in the Workplace calls for all businesses with more than 50 employees to publish a breakdown of employees by race, pay band and monitoring pay by ethnicity, as well as setting goals to close gaps. Whether these proposals will be implemented in the near future is currently uncertain, but businesses can take steps to close these gender and ethnicity gaps for themselves once and for all. ?

Gideon Schulman is HR director at consultancy and payroll firm?Pytronot