Since the sector first came onto the scene in the mid-2000s, the payday loan industry has altered dramatically in this relatively short period of time. We take a look at the ways in which the high-cost credit industry has changed in the last few years.

The growth and decline of high-cost credit

In just a 10 year period we have seen the rise and fall of the high-cost payday loans sector. Following the financial crash in 2008, a recession in the UK as well as a public sector pay freeze in 2010, the banks stopped lending as much as before, which led to the proliferation of companies specialising in payday and other kinds of high-cost short-term credit.

However, a number of different factors have led to the decline of the sector. We take a look at the main aspects that have radically altered the industry

One of the main reasons why the payday loan industry has been declining has been particularly due to a regulatory clampdown initiated by the sector watchdog, the Financial Conduct Authority. In 2015, the FCA implemented a number of stricter rules in order to make sure there was better regulation of the market, to make it fairer for customers

New rules include a limited on the number of times a payday loan could be rolled over, stronger rules on financial health warnings and affordability checks, and a price cap on high-cost short-term credit of no more than 0.8% daily interest could be charged on loans (equivalent of no more than 80p each day per £100) and default fees capped at £15 in total.

The impact on the sector was considerable, with more and more lenders exiting the industry due to tougher reforms. In the last year, we have seen the biggest payday lenders in the UK, Wonga, QuickQuid and The Money Shop, going into administration following a swarm of payday loans refunds taken out by ex-customers who were mis-sold high cost loans. In fact, Wonga paid out over £400 million in compensation and this number is expected to increase.

In addition, the overall number of compensation claims for payday lenders has risen dramatically in the last few years, partly due to customer’s increased awareness of being mis-sold loans due to the new regulations by the FCA in 2015.

Whilst it appears that the payday loan sector is going to continue to grow smaller to just a few prominent firms, it does appear that alternative products will dominate instead.

On the one hand, you have lenders offer more longer term products repaid over 6, 12 or 24 months, helping the customers to stretch repayments and avoid the payday cycle of debt.

In addition, there are fintech companies and startups offer true alternatives including WageStream, helping staff take money from their existing wages before payday, Neyber, offering financial education, loans and investments for companies and Koyo helping people get loans with no guarantor and no credit ratings.

It will take years for people to move beyond the concept of traditional loans, but with these startups above generating millions in investments, the face of the payday loans market is certainly changing. 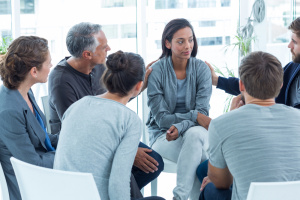 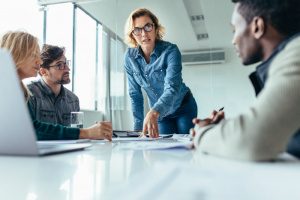 How to build a thriving business in this tough climate