When Amazon, Google and Starbucks were summoned before the Public Accounts committee in parliament, I’m sure that you were also as amazed as me that the UK government has no power over these super-companies.

The only sanction that we as a nation are able to hand out is Margaret Hodge sneeringly telling their executives that it is “morally wrong” that they don’t contribute to our coffers. No doubt, duly censured, they all repaired to the nearest Starbucks for a celebratory coffee.

What lesson can SMEs learn from this?

Well, we all acknowledge that tax evasion is illegal and a criminal offence. Tax avoidance however, is the arrangement of a taxpayer’s affairs in such a way as to pay the least amount of tax legitimately. As a director of a company, you are required to “try to make the company a success, using your skills, experience and judgment,” according the the government’s own website.

Am I not therefore required to mitigate the amount of tax I pay? If I just accept my accountant’s report and pay the tax he indicates, am I in dereliction of my duty as a director?

Let’s be honest, as business people, we each pay personal income tax as well as corporation tax and collecting VAT for the government. Do these contributions to the country’s finances make us better people? Or does it just prove that we are dumb and not really performing in our companies’ best interests as required by the government?

Don’t get angry, get even

However, before I say more, I’m not urging you to avoid paying tax – all I’m saying is that what is good for big business should also be good for small enterprises. With the government ever more dependent on SMEs, does it now appear as though we are actually contributing more than our fair share?

These retail giants have got me thinking. If they can play the system with registered offices in lower taxed countries, why on earth don’t I move my head office offshore?

I spent my early years at sea, and Gibraltar was a regular port of call. It sets great store by its British links and culture (even its electrical wiring uses UK three pin sockets), and more interestingly, the rate of corporation tax is 10 per cent. You can set up a company there from as little as £450 and British banks all have offices on the Rock. So, I’ve got a month before my financial year ends to decide whether I am going to save around £45,000 next year.

But can I stomach Margaret Hodge claiming the moral high ground as she looks down her nose at me?

I am really interested in your thoughts on this topic, so do leap in.

John Sollars is a serial entrepreneur on his third business, Stinkyink.com. 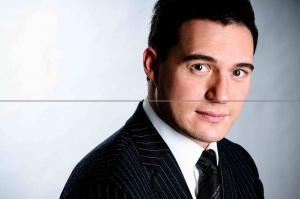