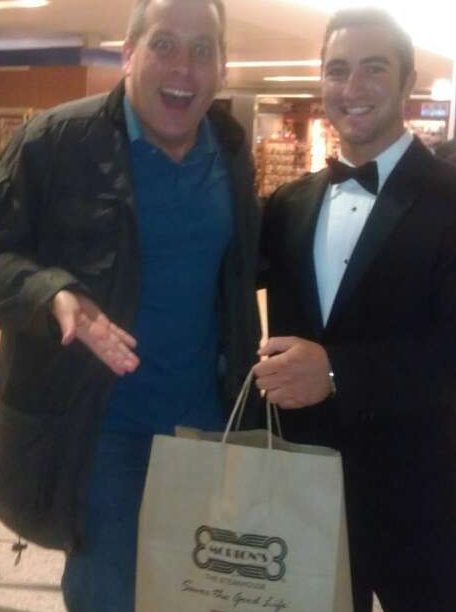 You know what it’s like, you’re out shopping and time gets the better of you, thus you start to run late, which results in you being locked in a store – well, maybe forget the last part. However, that is indeed what happened to David Wills, a tourist who affectionately became known as the #WaterstonesTexan on Twitter after becoming trapped in a Trafalgar Square branch of the bookseller.

Rather than call for help, he took to the social network with his phone and tweeted @Waterstones in order to make them aware of his plight. Soon enough, he was trending as Brits began imagining what it would be like to become sealed into a bookshop at night. After around 90 minutes of entrapment, Wills was free and Waterstones took to Twitter to break the news. Not wanting to miss out on the action, the Piccadilly store tweeted to request whether its sister site had The Great Escape or Freedom in stock.

Hi @Waterstones I’ve been locked inside of your Trafalgar Square bookstore for 2 hours now. Please let me out. — David Willis (@DWill_) October 16, 2014

We’re pleased to announce that @DWill_ is a free man once more. Thanks for your concern and tweets! — Waterstones (@Waterstones) October 16, 2014

.@Waterstones @DWill_ starting to wonder if in fact this is in fact just a very sophisticated marketing ploy? — Caroline (@CedillaHonoring) October 16, 2014

Airbnb isn’t one to miss out on a promotional opportunity – it gave away $1m through its latest marketing stunt – and piggybacked onto the Waterstones Texan incident, teaming the bookstore for a twilight sleepover in the Piccadilly branch for 20 people.

Snacks, airbeds, presentations and the freedom to wander, as well as wi-fi, were all available. Airbnb said that within a week of launching the competition, it had experienced almost 700 tweets with #WaterstonesSleepover, 2,500 related tweets and more than 4,000 Facebook likes and interactions.

We briefly mentioned Domino’s earlier and its repartee with Virgin Trains. While this request wasn’t actually solved with Twitter, it was a shareable success on Reddit and showcased a great demonstration of customer service. Back in October, one hungover gentleman named Dave ordered a pizza – but requested it was delivered directly to him in his bed.

The cheeky demand was met, as a delivery woman freely entered Dave’s unlocked home with a box of greasy goodness in hand. Some people have dubbed the scenario a fake promotion from the fast food firm or a joke between friends, but we’re hopeful this is real – just in case we need to make a similar plea.