President Donald Trump’s inauguration is likely to be a defining moment for the next 12 months, and indeed the next four years. The fact he was elected proves it’s difficult to make predictions. However, he has given an early indication of what his economic policy might be in what some commentators have dubbed Trumponomics.

The actions taken in the White House have an effect felt the world over and this is particularly true of the interconnected technology sector, and specifically of fintech, where Trump’s administration holds control over key pieces of legislation. It’s increasingly clear 2017 may be a tough year for the sector. Trump’s protectionist policies may see traditional banks and financial service providers take market share away from innovators and fintech could suffer. The outlook in Europe looks rosier, with Trumponomics having a potentially benign effect.

On 10 November, the day it became clear Trump won the election, stocks in the US initially plummeted before the Dow Jones Industrial Average subsequently recovered and closed at its highest level since August. Markets and investors have bet on Trump staying true to his policies and that he will spend big on infrastructure and cut taxes for firms.

Trump already made claims about what he might do in his first 100 days in office. During his election campaign he spoke boldly about corporation tax – with sources indicating he might slash rates from 40 per cent to 15 per cent. This would have a profound effect on where US companies are headquartered and where businesses generate revenue. It would incentivise US firms to repatriate due to the benefits of tax breaks that ultimately lead to higher profits.

Corporation tax applies to all firms in all industries, though it is the banks that pay most tax due to higher revenue streams. The primary cause for concern for fintech companies is Trump’s claim that he will ‘dismantle’ the Dodd-Frank Act – legislation put in place after the 2008 financial crisis to ensure no such crisis would happen again. The legislation regulates how firms deemed “too big to fail” use and trade derivatives and is designed to prevent banks from undertaking high risk practices to boost profits. If repealed, this will provide a huge incentive to US and international banks alike, to move operations to the US in search of higher profit margins.

Great news for banks; for fintech providers it’s decidedly worse. By allowing banks to operate more freely and keep more profit, the decision to reverse the Dodd-Frank Act places significant pressure on the alternative finance sector. If banks have higher profits they will be more willing to lend money, riskily. This means taking market share away from lenders in alternative finance sectors as multinational banks flex financial muscles.

In contrast, we are seeing the opposite phenomenon in Europe. Alternative lenders and fintech companies are growing exceptionally quickly, though there are  Trumponomic headwinds ahead.

The natural lifecycle of investment in P2P lending has so far been an evolution from retail investors, to institutional investors, to banks to securitisation. On this timeline, Continental European lenders are still in relatively early stages of development, with the majority of funding coming from retail investors.To progress to the next ‘stage’, institutional funding will need to be sought. But the spectre of Brexit, along with Trump’s comments that he prefers bilateral trade agreements to multilateral trade agreements, loom large over the European investment market.

European fintech may have to look for alternative sources of funds as investor appetite for risk diminishes in the face of uncertain economic environment. Expect to see closer cooperation between alternative finance providers and banks to help plug this gap in funding.

Fortunately for the UK, its momentum is unassailable and it would take a major reversal in that economy for things to turn sour for UK fintech. In effect, its runaway success to date will shelter it from all but the worst fallout from Trump’s policies. There is more good news. The upcoming second iteration of the Payments Service Directive (PSD II) should stimulate growth in the alternative finance sector. The directive aims to make European payments more integrated and secure. By lowering costs of payments and introducing higher levels of security, new players are encouraged to enter the market; the opposite to the trend in the US.

The whole world is waiting to see what Trump will be like. But one thing is for sure, as the US moves back towards a traditional banking model, Europe is embracing fintech and decentralisation. If US companies do choose to repatriate their headquarters and funds, I am confident that alternative finance providers will fill the power vacuum left in Europe. Trumponomics may prove the fillip needed to create the pan-European fintech market that has been a dream of mine for so long. 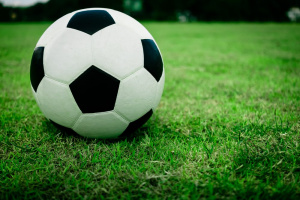 Want to own a football club? Employment legislation described in two cases 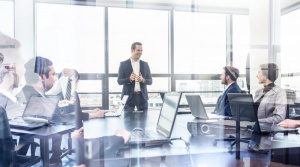