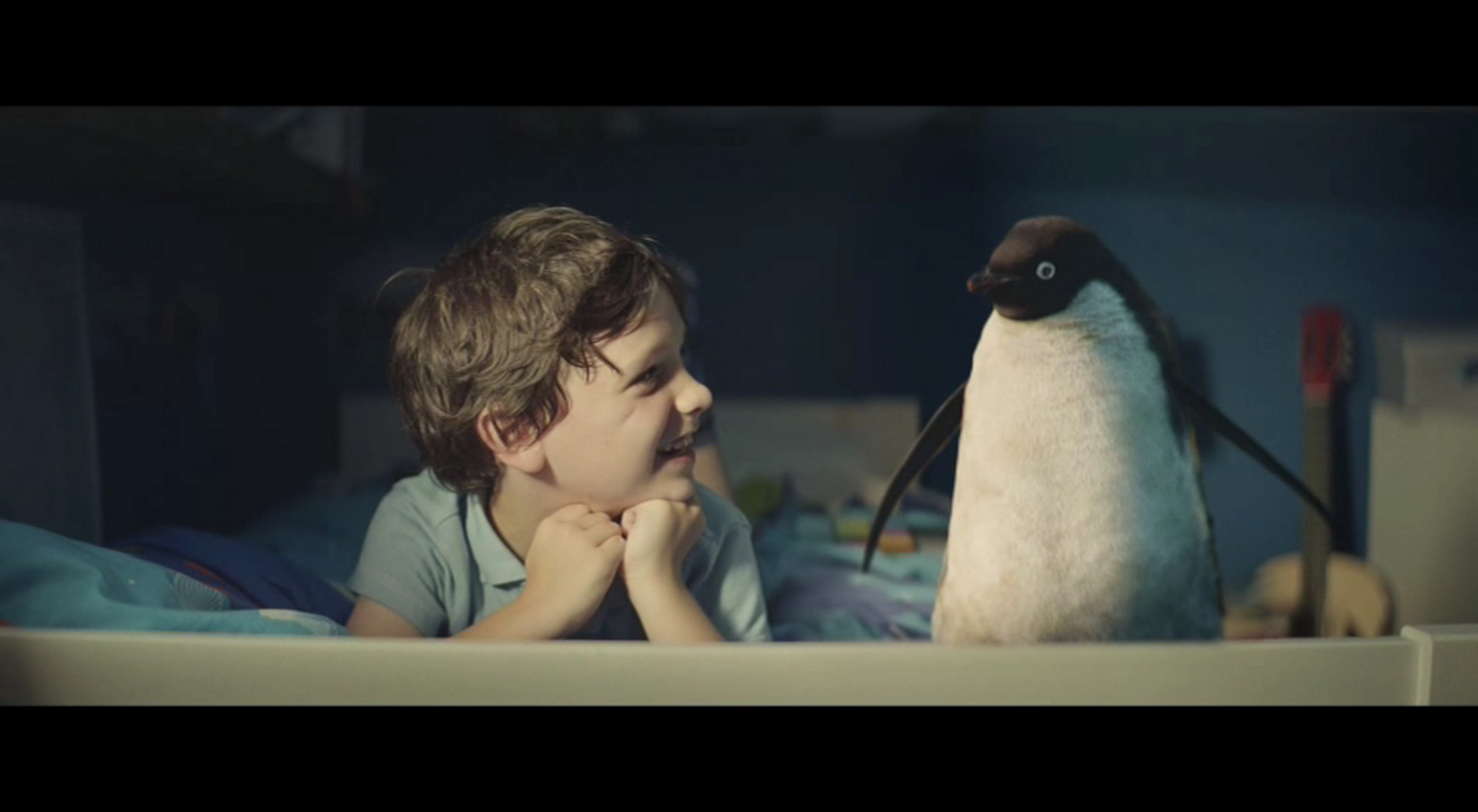 Share via
Last year’s Christmas ad from John Lewis, which was called ?The Bear and the Hare?, featured vocals from singer Lily Allen and debuted during the Saturday night X Factor advertisement break ? achieving more than 31,000 tags on media discovery app Shazam. The company has continued to use animals for its festive marketing campaign this year and spent ?1m on a CGI-laced advert featuring vocals from Tom Odell that centres around a child’s pet penguin-cum-plaything ? who goes by the name of Monty ? which may make viewers question the relevance of the material. Relevant or not, John Lewis has revealed the Monty’s Christmas ad, which was premiered on social media a day ahead of TV, achieved seven million views on its accounts in 24 hours. For context, that’s seven times more views than at the same point in 2013 and total views on social media to date have now reached 16m, while Monty has been the most searched term on the retailer’s website, John Lewis says. It’s unclear whether Monty can be held accountable, but the week’s sales have reached ?95.7m, which is up 5.1 per cent on 2013 and 3.9 per cent week-on-week, according to the firm. Online sales, meanwhile, are up 17 per cent year-on-year. The Monty marketing march will continue too, as a ?den using interactive technology? will be introduced to stores in partnership with Samsung to appeal to children (or adults). Digital platforms such as Google’s virtual reality Cardboard will be used to animate toys and environments alongside Microsoft services, while youngsters can also create Monty Christmas cards. More Monty merchandise will also be stocked by the store with John Lewis annoucning a book, which will see a percentage of proceeds go to the Barnardo’s charity, an audio app narrated by Dermot O’Leary, and also clothes and accessories. Of course, Real Business isn’t suggesting that all SMEs and entrepreneurs should look to spend ?1m or use flightless birds on their digital marketing materials. However, the figures demonstrate the obvious power social media can have on a company’s success. Image source.