Every Saturday morning Will, a young and ambitious factory worker, joins his grandfather, an elderly pensioner, on a bench for a chat. On one such morning the conversation is as follows.

Grandfather: Hi Will, what’s new with you?

Will: Not a lot. But you know I said last week that you seemed an independent old cove? Well, you’re not.

Will: No, you’re dependent on me.

Will: No, I mean you’re financially dependent on me. You owe your living standards to me.

Grandfather: I beg your pardon?

Will: I’ve been reading a paper that says that retired people are dependent on workers.

Grandfather: You shouldn’t believe all you read in the newspapers.

Will: Not that sort of paper. It’s a learned report, from an entirely independent body, commissioned by the government.

Grandfather: Before I retired I used to read a lot of those things, but I never saw a paper that was independent. Always plugging some line or another, planted by the government more often than not.

Will: You are an old cynic, aren’t you? But it’s involved a huge amount of work. Lots of graphs and things. All to do with the dependency ratio.

Will: Dependency ratio. The number of retired old codgers like you compared to the number of fit and able workers like me who provide your pension.

Grandfather: Well, I suppose you could say that your taxes help pay for my state pension. But then I pay taxes too, which…

Will: No, it’s not just your state pension. That bit’s called pay-as-you-go.

Grandfather: Sounds more like pay-as-somebody-else-goes to me. Although, as I say, I pay taxes too. So, I suppose I’m paying-as-I’m-going.

Will: I wish you’d stop going on about your taxes. It’s not just the state pension. This Pensions Commission says that when you retire you become a dependant in any case, even if you’ve got lots of assets. You get the same result by a different mechanism. And the dependency ratio’s getting larger, so I’ll have to work harder to support you.

Grandfather: What sort of mechanism?

Will: Well, I save, you see. I put ten per cent of my earnings into a pension scheme. And that means I don’t consume all I earn. Which means that you consume all the extra goodies that I would be consuming if I didn’t save.

Grandfather: Look here, Will. You or this commission of yours must have got it wrong. I pay for everything I consume. For example, this biscuit I’m eating now, I bought it with my own hard cash.

Will: Yes, but that’s just the superficial appearance. It’s all in this stuff, the dependency ratio.

Grandfather: I agree we should stuff the dependency ratio. But…

Will: I had a feeling you’d be a stick-in-the-mud about this. I wrote down the relevant phrase: ‘the working generation saves, consuming less than it produces, and thereby makes available goods and services which pensioners can consume.’

Grandfather: That can’t be…

Will: By the way, isn’t that biscuit a MacBicky?

Grandfather: Yes it is.

Will: Well, that’s a wonderful coincidence – I work at MacBicky’s. And although I expect to be managing director one day, at present I’m on the assembly line for that very brand that you’re eating. So, I produced that very biscuit.

Grandfather: Going to be MD are you? I’d be careful about that. It might destroy your argument. The MD doesn’t work on the assembly line. He must be a dependent parasite like me.

Will: Don’t be silly, Grandad. He still works. You don’t. In fact I understand the MD is largely responsible for the incredible increase in productivity that MacBicky has achieved these last ten years. The company’s had a huge makeover. Spanking new computer-controlled equipment all over the place. I’m producing three times the number of biscuits that I could have done before this makeover.

Grandfather: Well as you say, life is full of coincidences. You’ve got it slightly wrong: I was the MD at the time. I retired just over a year ago.

Will: You? That’s amazing. I never knew.

Grandfather: Yes, that makeover took us several years. During that period we used other people’s savings – and much of the staff chipped in too. It was a matter of all hands on deck. Naturally, our output of biscuits slowed to a trickle. That’s where your gurus at that commission got it wrong. The saving meant less production. We paid people not to produce!

Grandfather: What I mean is we paid people not to produce biscuits – your consumer goods. Saving reduces and defers the production of consumer goods. What your gurus are forgetting is the time element.

Will: I think I’m beginning to cotton on. So, when that chap Robinson Crusoe decided he needed a better boat to catch more fish so he and that Girl Friday of his could have more to eat, they had to make do with even fewer fish for a while, ‘cos they didn’t have time to catch them and build the boat.

Grandfather: Your characters are a bit mixed-up. But you’ve got it in one.

Will: Yes, but we don’t live like that. I can see your micro-argument. But we live in a really complex economy now and you need specialist macro-economists to tell us what’s going on.

Grandfather: Go back to the paper and see how much they talk about the time element of production compared to their beloved dependency ratio.

Will: OK, I will Grandad. But I still believe them unless you can get all this out of the Crusoe setting.

Grandfather: That was your setting, not mine. But it’s a good place to start. The MacBicky makeover wasn’t in a Crusoe setting though. Millions of people were involved. And lots of other enterprises and factories cut their production of consumer goods too. Indeed, some of them disappeared and other companies were born to help with the makeover.

Will: Millions? Companies disappearing? For the MacBicky makeover?

Grandfather: That’s right, Will. The money we needed to raise was huge, and it involved millions of savers in banks and building societies and so on. That money didn’t lie in a vault. Those and other institutions needed to pay the savers a return. So they put up money to work on our makeover. We raised many millions. We had engineers, designers, assembly specialists, steel, electronics – the lot. And many of the people and materials had been diverted from making consumer goods. The problem is always time. Savings provide the wherewithal to release people and material from the consumer goods industries into capital goods industries, because the savings mean that some of those goods aren’t wanted any more for the time being. There’s your macro for you.

Will: But this report elaborates on its macro. Appendix B is there to elaborate on what’s gone before. One of my mates whose dad is an economist told me. It says that if pensioners are to consume but not produce…

Grandfather: Stop right there. We do produce. By your own admission, after the makeover, output was three times as high, the sole reason being investment from savings in new kit and technology – owned by savers, including me. So, people like me produce twice as many biscuits as you did before we and our capital came along. What we can safely say, Will, is that I produce two out of every three biscuits you buy. Now there’s a transfer of resources for you.

Will: But it’s still me turning the handle and flicking the switch. Physically, I do produce it.

Grandfather: Physically, Will, you and my capital produce it. Your dependency ratio means nothing if it ignores capital. The ‘codgers capital ratio’ is at least as important. What you call ‘physical’ is neither here nor there unless you’re thinking of smashing all the equipment like the old Luddites did.

Will: Luddites. Er, yes. But I like your codgers capital ratio. In fact, the appendix says that ‘when people retire, workers buy their assets from them’ or something like that. And the transfer is achieved ‘via the capital markets’.

Grandfather: Anyone can see that I need capital until the day I die. Even an annuity represents capital. Secondly, a capital market transaction is a swap of resources, not a one-way transfer. Thirdly, where is your wherewithal?

Will: Ah, that’s a bit difficult at present…

Grandfather: I’d get your mate’s dad to write in and give this commission a ticking off. However, you dress things up. A dependency ratio is meaningless without an old codgers capital ratio. Maybe these macro-guys like mathematics – so perhaps they’d begin to understand a language of ratios.

Will: Not a chance, Grandad. My mate’s dad’s a Keynesian. And governments love that guy, I’m told. Means a massive increase in their power, I expect. But I’ll have to do something. Maybe start a pensions are producers campaign, or ‘PAP’.

Indeed, the above article, previously published in ‘The Actuary‘ in November 2005, followed Gordon Brown’s smash and grab raid on occupational pension schemes, via the removal of ACT (Advance Corporation Tax Relief) from pension schemes. At the time, it was a capitalized loss of £100bn or more – a figure which was similar to the aggregate deficit in private sector funds.

Naturally, the government got its dirty paws into the resulting mess, with their new proposals – including a new Pension Commission, which rustled up an auto-enrolment scheme, a National Pensions Savings Scheme “Nest”, a new Pensions Regulator,and various other so called ”initiatives”. The problem with government and private sector pensions is simple – government time spans are ultra-short, whilst the rest of us, at least those half way towards retirement or more, are already thinking about retirement.

And the status of governments and the public sector would never dream of reducing their pensions in any circumstances. No sirree – and hence there was little or no response when our chirpy George Osborne, having promised to reverse the Brown raid, not only reneges on that but gaily finds additional new ways of taxing the people for the benefit of our rapacious government. 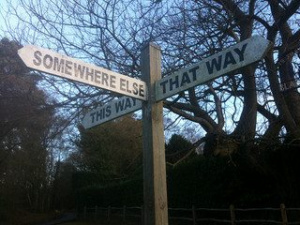 Feeling lost? How to align IT to future goals 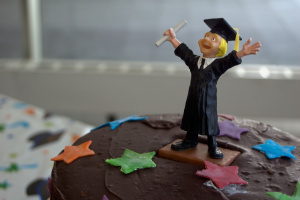 “Career colleges” will help create the skills we need