As the editorial in the Telegraph pointed out “trusting pensioners with their own money is such a novel idea in modern politics that many MPs and commentators were unsure how to respond.

On the Left, in particular, the view that government knows best what should be done with citizens’ money is so ingrained that there has been instinctive suspicion of the very idea that we might be allowed to decide for ourselves”.

The Financial Conduct Authority has always taken its political cue from the nanny knows best culture so Osborne’s radical move to let you and I make our own financial decisions will come as a huge shock to them.

And here’s the revolution, of which some of the consequences should at long last enable our small companies to communicate directly to the UK’s adult population about making an investment in them.

Since the dawn of financial regulation, unsurprisingly the FCA and its predecessors have always obsessed about the possibility that a granny somewhere may put her life savings into an “inappropriate investment” (their terminology) and when it goes wrong our politicians will very publicly blame them for allowing her to do such.

Now Westminster has set free grannies and granddads everywhere to do as they wish. So, with one Budgetary stroke, the vast panoply of regulation that is designed to ascertain whether it is “appropriate” you and I take an investment in, for example a small company through a crowdfunding platform or one listed on AIM, comes crashing to the ground.

Allow me to illustrate. At present if you go to a private client investment management organisation such as Brewin Dolphin or Charles Stanley or an Independent Financial Adviser, and say to them I would like you to manage my spare cash and I want you to put it into small companies (such as those traded on AIM), the manager/advisor is compelled by the FCA to ascertain whether they believe you are in a position to understand the risk of small company investing.

Sadly the inevitable consequence is that nine out of ten managers/advisors cannot be bothered with the regulatory aggravation and so will turn your business away.

Concerning equity crowdfunding, because this is a new entrant the FCA has decided to make up new rules, including the absurd no adult coming into crowdfunding on his own accord will be allowed to invest no more than 10% of his net assets in non- readily realisable assets (whatever they are and not defined by the FCA). The crowdfunders “must assess the appropriateness of clients wanting to invest without professional advisors” said an FCA spokesman.

The inevitable consequence of Osborne’s revolutionary move is that the FCA is now badly out of step with its political masters and the logical conclusion is that the FCA’s barriers to investing in small companies should be swept away. No longer need they obsess about granny.

It won’t have had time to yet but I look forward to The Treasury telling the financial regulator just that. But just in case there is any backsliding do write to your local MP and bring him/her up to speed. 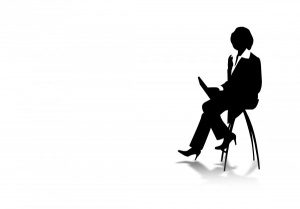 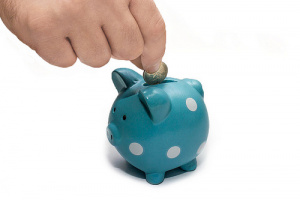 7 ways to boost your profit margins