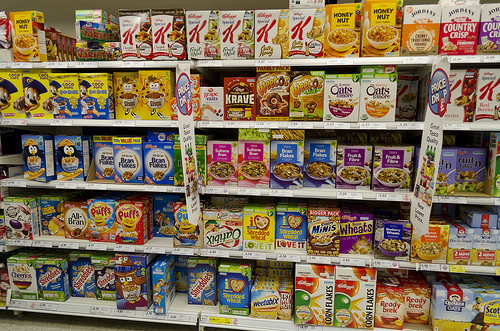 And although revenues have increased from 5.6 per cent in 2012 to 5.8 per cent over 2013, OC&Cs analysis found that profit margins are already lower than at the height of previous supermarket price wars in the early 1990s.

There has been a continued decline in like-for-like sales at Morrisons (-2.8 per cent) and Tesco (-1.3 per cent), and a slowdown in like-for-like growth at Sainsburys and Asda. In addition, profit margins across the ‘Big Four’ supermarket chains declined a further 0.1 per cent in 2013 to 4.4 per cent. Will Hayllar, partner at OC&C, said: We are in a time of fundamental change for the UKs grocery retail sector, as shopping missions fragment and convenience stores, discounters and online continue to grow at the expense of large stores. This has meant that grocery retailers are continuing to put a lot of margin pressure on food and drink producers. But with producers margins at an all-time low, there is little scope to squeeze them any further, leaving producers under more pressure than ever before. Fundamental changes are required to adapt to these challenges without further margin declines. The gap between winners and losers will become greater than ever. It was revealed that the best performers of 2013 have been companies that have reacted quickly to the changing grocery retail landscape and changes in shopping habits. Smaller branded food and drinks producers have adapted best, seeing a 0.2 per cent increase in profit margins from 8.3 per cent in 2012. In contrast, bigger businesses with a turnover of more than 500m have continued to face declining margins. The challenging operating conditions have meant smaller, nimble players have seen the biggest improvements in performance in this years rankings, showing that mobility is outstripping size in the current climate,” Hayllar explained. In order to succeed, there are a number of important considerations producers need to have front of mind. Engaging consumers by providing genuine differentiation on products is proving hugely successful, with brands like Yeo Valley and Tyrrells great examples in this space. Brands are also reaping the benefits of rethinking their product, price and pack architecture to reflect changing shopper habits in different types of stores. Finally, developing in-house capabilities to react quickly to the changing grocer environment, such as infrastructure that allows for a more flexible supply chain, will also be essential as conditions continue to evolve. Image source By Shan Schutte