Permanent placements increased fastest in the Midlands during October, while the slowest growth was reported in the North.

Furthermore, the data showed that growth of demand for staff remained considerably stronger in the private sector than the public sector. The sharpest increase overall was indicated for private sector permanent workers.

Engineering remained top of the ‘league table’ in terms of demand for permanent staff, marginally ahead of IT and computing. The slowest growth was signalled for hotel and catering employees. Nursing/medical/care was the most sought-after category for short-term workers in October, while engineering took second place.

However, the report also points to slower growth of staff pay. Permanent staff salaries increased at the weakest rate since February, while temporary/contract staff pay growth eased to a five-month low.

“The slowdown in salary growth comes as little surprise, with many businesses trying to balance the books in the wake of reduced growth and output in some sectors, uncertainty over our relationship with Europe in others, and a reticence to pay over the odds when the right skills seem to be lacking,” said Bernard Brown, partner and head of business services at KPMG.

“Inflation may be easing, but with many people either struggling on low incomes or still behind the earnings curve because of years of pay freezes, it is something employers will have to consider very carefully. The ruling, earlier this week, on holiday and overtime pay will ensure this is an issue that will rumble on for some time.”

REC chief executive Kevin Green, although happy that “the number of vacancies is continuing to rise, with businesses in all sectors of the economy looking to hire more staff,” suggests that “we can’t be complacent.”

“The government needs to help businesses take on staff by doing all it can to protect employers from shocks and uncertainty,” he said. “More specific advice on how far claims for holiday pay can be backdated and ensuring businesses are not subjected to a barrage of new cases in light of this week’s judgement would be a good start.

“If we want everyone to benefit from the economic recovery, and wage growth to accelerate we can’t keep making it more expensive to employ people. Ongoing candidate shortages are a major barrier to growth. Despite the political sensitivities around immigration the reality is that we need to bring in more skilled workers not fewer.” 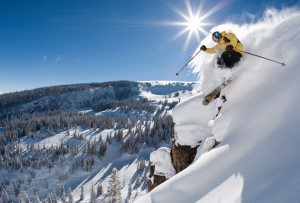 The 10 most expensive ski resorts for entrepreneurs this winter