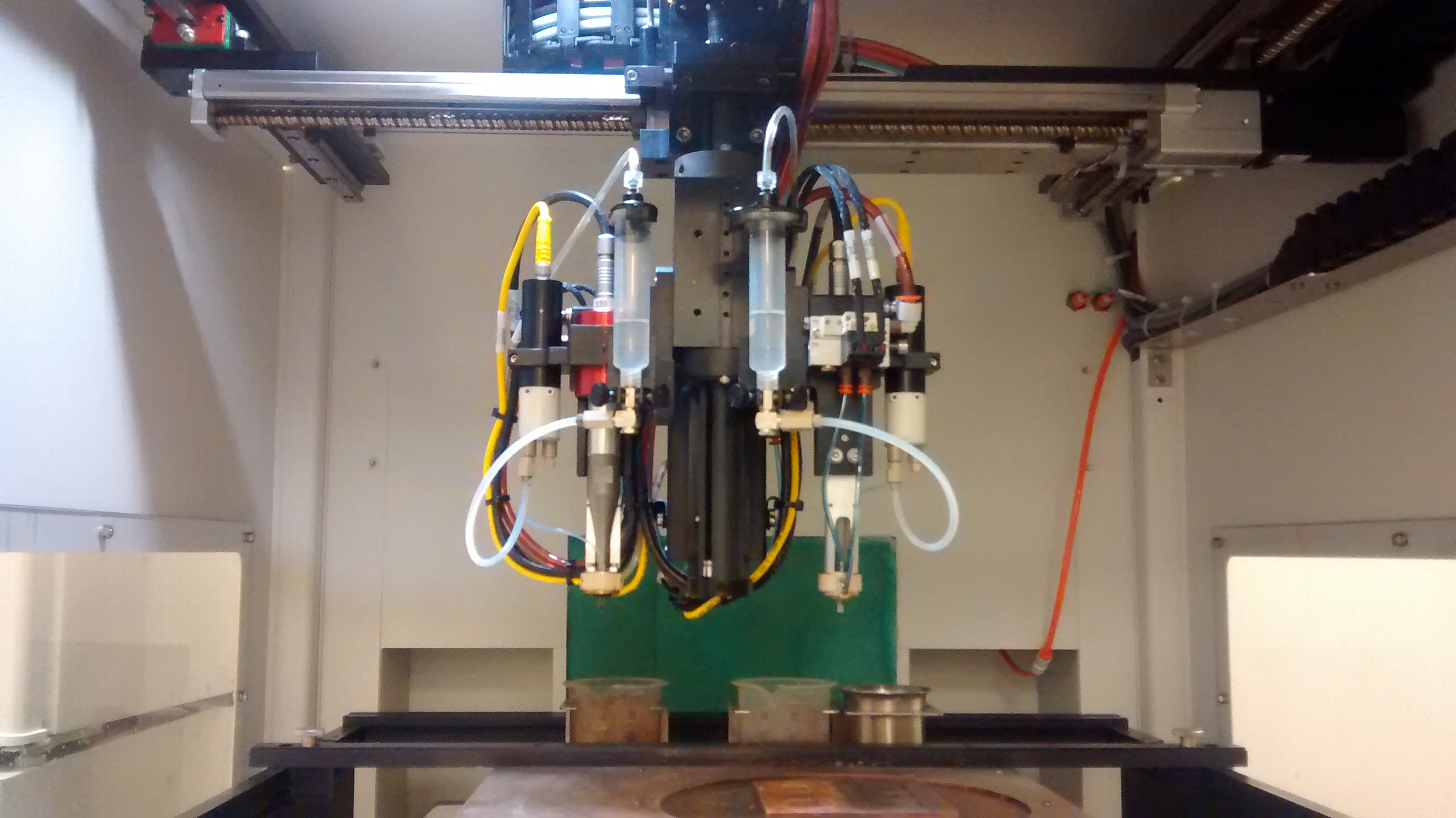 It seems that this solar cell material could lead to cells twice as efficient as those on the market today.?More fascinating, however, is the fact that perovskite could make solar power cheap enough to compete with fossil fuels. ?The material is dirt cheap,? says Michael Gr?tzel, who is famous for inventing a type of solar cell that bears his name.

But now a team of scientists at the University of Sheffield have made a breakthrough that?could substantially cut the cost of solar electricity even further. They have been able to?fabricate perovskite solar cells using a spray painting process. And although experts from the University?s Department of Physics and Astronomy and Department of Chemical and Biological Engineering have previously used the spray painting method to produce solar cells using organic semiconductors, using perovskite is a major step forward. The spray painting process wastes very little of the perovskite material and can be scaled to high volume manufacturing ? similar to applying paint to cars and graphic printing. Lead researcher Professor David Lidzey explains that ?the best certified efficiencies from organic solar cells are around ten per cent.?Perovskite cells now have efficiencies of up to 19 per cent. This is not so far behind that of silicon at 25 per cent – the material that dominates the world-wide solar market. ?The perovskite devices we have created still use similar structures to organic cells. What we have done is replace the key light absorbing layer – the organic layer – with a spray painted perovskite.?This gives it a significant boost in terms of efficiency.?

?This study advances existing work where the perovskite layer has been deposited from solutions using laboratory scale techniques,” Lidzey added. “It?s a significant step towards efficient, low-cost solar cell devices made using high volume roll-to-roll processing methods. ?I believe that new thin-film photovoltaic technologies are going to have an important role to play in driving the uptake of solar-energy, and that perovskite based cells are emerging as likely thin-film candidates. ? Solar power is becoming an increasingly important component of the world-wide renewables energy market and continues to grow at a remarkable rate despite the difficult economic environment. By Shan? Schutte