Brexit aside, the world has always been filled with uncertainty. Our way of coping is to either think things will turn out fine or start planning for the worst. We know these traits as optimism and pessimism.

Throughout the years, the former has been perceived as the driving force for success. There is, of course, a large body of evidence to back the rewards of such positive thinking – happiness and health being among them.

In terms of leadership, this mindset has often been associated with the ability to think into the future and play the motivation game.

When the words pessimism and leadership meet, it’s often to discuss how communication and expectations among management and staff have gone downhill.

Is a glass half empty perception really such a bad thing though?

Research is increasingly suggesting that optimism has become like a cult. It’s gotten to the point where people feel pressure to think and talk in a positive way.

But when you’ve reached the stage of contentment, what then? This is where pessimism can be an advantage.

Why? It will help you up your game.

“Surprisingly, negative thoughts can be most helpful at moments when we might seem to have the least to feel pessimistic about,” Annie Murphy Paul made clear in Psychology Today.

“When we’ve been successful before and have a realistic expectation of being successful again, we may be lulled into laziness and overconfidence. Pessimism can give us the push that we need to try our best.

“An executive organising a conference, for example, might anticipate a disagreement between two participants and arrange to seat them at opposite ends of the table. S/he might predict that attendees will get tired and hungry after several hours of discussion and plan for breaks and meals.

“There might be foresight that the meeting will end without conclusions and therefore build a ‘Where do we go now?’ final session. If there had been breezy optimism (‘Everything will go fine!’), the conference likely would not be as successful.”

It’s been suggested that a pessimist can make unbelievably pragmatic decisions. They won’t fall into a trap of ideals and perceived prospects.

Research from the University of Bath, the London School of Economics and Political Science, and Cardiff University fleshed out this concept. It claimed optimistic thinking led to the creation of businesses that had no realistic prospect of financial success.

This, the colossal report proclaimed, could explain why only 50% of businesses in the UK survive the first five years.

“Tracking individuals as they moved from paid employment to setting up their own venture, we found that business owners with above average optimism ended up earning 30% less than those with below average optimism,” the researchers wrote.

The study proclaimed that a optimistic outlook could be infectious. As a society, we do, after all, celebrate optimism and entrepreneurial thinking.

But sometimes, when the two combine, “it pays to take a reality check,” said Chris Dawson, associate professor in business economics at the University of Bath’s School of Management. “Every episode of Dragon’s Den provides examples of wishful thinking.

“Pessimism may not generally be seen as a desirable trait but it protects people from taking on poor entrepreneurial projects and making inaccurate decisions for the sake of growth.”

Assuming a measure of risk

At the forefront of pessimist research is the ability to navigate risk – a nifty tool for leaders to wield. They won’t just jump when an opportunity looks too good to be true.

There’s a cautious process to be followed first – a process created by the thought stamping out all negative outcomes. It’s also a process spurred on by previous mistakes.

As Inc’s John Boitnott explains: “While the optimist is looking at the successes of a project gone awry, the pessimist may be more likely to focus on the problems and identify their roots.

“In other words, optimists may not remember past mistakes and might be doomed to repeat them, while pessimists are more likely to retain lessons of the past.”

All this research highlights that the word pessimistic shouldn’t conjure words of a grumpy leader who sees fault in everything.

It’s just the concept of being a little more thorough, more cautious and having that extra level of understanding before making a decision.

While optimism is definitely necessary, we would all benefit from a glass half empty perspective once in a while. 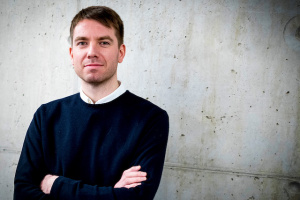