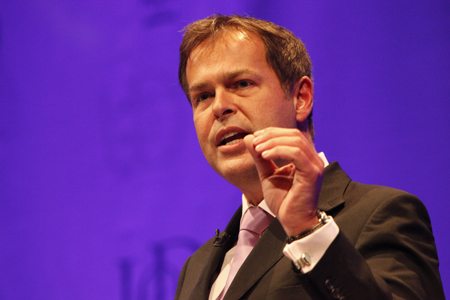 Share via
Global Entrepreneurship Week received a boost today as its future was finally settled. The Peter Jones Foundation has won the competitive bid to pick the campaign up from Enterprise UK, which is to shut down imminently. The Peter Jones Foundation will also continue to run the Tenner Tycoon campaign, Enterprise UK has announced. In January, after seeing its £3.8m funding cut by the government, Enterprise UK announced it would close down in April. As part of the winding up process, Enterprise UK asked organisations to bid for its most successful campaigns. The bid, which took place during February, was overseen by an independent panel of judges, who awarded the two campaigns to the Peter Jones Foundation. The gransfer of assets will take place on April 30, when Enterprise UK officially closes. “I’m delighted that the Peter Jones Foundation has been selected as the new home for both Global Entrepreneurship Week and Tenner Tycoon,” says Peter Jones, the BBC Dragons’ Den entrepreneur and current chairman of Enterprise UK. “We delivered an ambitious but realistic proposal that contained strong evidence of how to successfully extend both campaigns to deliver significant behavioural change. ?Given the urgent need for a more enterprising culture in the UK, it is more important than ever to continue this work and ensure that enterprise remains at the forefront of efforts to build the country’s economy. Last year’s Global Entrepreneurship Week reached over ten million people in 104 countries worldwide, making it one of the highest-profile events for enterprise.