Peter Stringfellow is unquestionably a name recognised all over the world – one usually associated with scantily clad women due to his ownership of adult nightclubs. However, what may come as a shock is that the 74 year-old former party animal would rather shy away from that side of things – which is how Real Business came to meet him.

“I like your title and when I do interviews, if I do them at all, I like to push towards the business side of the company. Everyone and their grandma wants an interview about me and the girls, but I have no intention of being Europe’s answer to Hugh Hefner,” he explained.

“I have great respect for my business and my dancers, and I like it in reverse, so me coming out with silliness that Hugh goes through would be disappointing. Originally he was an innovator, but I think he lost his way over the years and has gone into branding – everything and anything is Playboy. I respect him for who he is and what he’s done, but I have no intention of being another Hugh Hefner and I’m sure he has no intention of being Peter Stringfellow.”

Stringfellow is currently in the process of moving into branding himself, albeit a marketing move that is being strictly overseen personally to ensure the licensing of his name only goes to companies that will abide by the rules he expects from his own business, while listening to his ideas and feedback on their products.

Rather bluntly, he elaborated: “I’ve been offered an uncomfortable amount of money to let my name be used on everything. No you can’t put the name on a crap club on the outskirts of Camden somewhere. The club would require the standards I dictate and look how I want it to, and only then would I brand it.”

He notes that his London clubs, Stringfellow’s and Peter Stringfellow’s Angels are visited by customers from around the world, which is why the expansion is an international one. “My name fits the playground cities of the world,” he detailed.

“I opened clubs in New York, Miami and LA before, but you can’t fight the recession when you’ve borrowed money from all over the place to expand. At 74, I’m now licensing the name and brand in Paris. There’s a guy screaming to use my name in Dublin, but I’m not just going to throw it out there. I’l use my name for top clubs in major cities around the world – Paris, Budapest, those kinds of places in Europe. I would go back to New York, I had great success there, I’d try Sydney too.”

Having opened his first club in London with £1m worth of debt back in 1980, it’s curious that he’s waited so long to spread the brand name. “A lot of people say I never use my brand and it’s true, I don’t. I know brand is very important and I should be using mine more. Even my Angels club had to be renamed after my management insisted – it’s now Peter Stringfellow’s Angels and it’s created great success. That’s not ego, it’s just business.

“I won’t be doing cheap jewellery and magnets like Playboy, but I’d consider top lingerie and I’ve got great ideas for that. Peter Stringfellow’s Angel X brand, so if anyone reading this wants to talk, perfect.”

Despite being a recognised face in the media today, Stringfellow had a bumpy start as a teenager. He left school at the age of 15 after struggling to keep up with the rest of the class, revealing he only found out a number of years later that he was actually dyslexic.

Noting the condition, he said: “That’s quite common for entrepreneurs – we don’t fit into the regular run of business and can’t communicate in a similar manner. I didn’t know what the word entrepreneur was until Margaret Thatcher used it in 1980. Until then I went through life trying to get my business together with very few academic skills.”

After leaving school, he proceeded to join the Merchant Navy and it was then that he got the opportunity to see the world – New York, Philadelphia, the Caribbean and Venezuela – an experience that opened the young Sheffield lad’s eyes to new possibilities. He celebrated his 17th birthday in NYC and returned to his hometown, determined to make build a career.

A job selling carpets didn’t go according to plan though. After naively selling the leftovers to make money on the side, he recalls being sent to prison for three months as the judge set out to deliver “a sharp shock”.

He explained the after effect made it incredibly difficult for him to find work, despite job interviewers liking him. From there he secured a role working in commission-only sales but confessed he wasn’t disciplined enough to achieve the results he could have, and after that he bought a camera – something that was very rare at the time with just “one on every street” – and started selling photos to locals.

A job in the local paper as a driver for a local band caught his eye in 1962 when he was 23, though it was his friend who secured the position. Despite 800 people in the crowd, he discovered a slim profit was going to the band and his friend, which is when a lightbulb moment struck.

He said: “Whilst I couldn’t write, I could add up. There was a revenue of around £100 a night from ticket sales, which meant the organiser secured around £70 after paying the band, the driver and hall hire. The best week I ever had in sales was £20, and that was more than my steel worker father who earned around £10.”

From then he found out the cost of hiring a local church hall – The Black Cat Club was born. He didn’t make money on the first or second week and on week three he was forced to borrow money from his mother-in-law, but secured a different band and made a profit of £65.

Through circumstance, he managed to book The Beatles, who were relatively unknown at the time, for the hefty fee of £85 – more than eightfold the usual booking cost. By the time the group came to perform five months later, they were at number one in the charts. Stringfellow’s gamble had paid off and he soon had Stevie Wonder, Tina Turner and Elton John performing for him.

In his words, the point he’s making is that it’s much harder to succeed today. “You don’t need university to be an entrepreneur, you go to be a professional or business person – entrepreneurs and business people are totally different.”

He told Real Business that the government is at fault. “The government is constantly messing around with bureaucracy, red tape, taxes and inventing new ways to make it difficult for the entrepreneurial self-employed guy to make headway, which disappoints me about the Conservatives.

“I’m a Conservative and I try and make my view known to them – this coalition is wrong. I can’t see how we can benefit when you’ll have Liberals with one particular way of thinking and Conservatives with another. True Conservatives represent a small government and low taxes. What we’re seeing with the government at present is more tax. I have a lot of time for David Cameron and I’ve met him countless times, but he doesn’t understand the entrepreneurial flair and spirit.”

Continuing the distinction between a businessperson and entrepreneur, he said the government should be helping people up. “They shouldn’t think you’re alright as long as you’re on £30,000 a year – forget that. Entrepreneurs aren’t in business for that, they’re in business to become rich because they want a better life – better holidays, cars, a house, food from top restaurants, flying business class. That’s what entrepreneurs are looking for.

“Not everyone can work for themselves, the stress factor is immense. Most people need to work out if you can pay your rent and mortgage, but a entrepreneur doesn’t think like that. They think about making more money than they are now and whether they can gamble it by buying stock instead of a house.

“Entrepreneurs aren’t greedy, but they’ve got a stick up their arses and can’t sit down. They want more and there’s nothing wrong with that. I am absolutely astonished that my government loves red tape. Politically it’s quite simple, the entrepreneur is the answer – lower taxes means a better economy and less bureaucracy means a better business.

“If you’re a good entrepreneur, you can feel success. And instead of being envious of someone’s success, you can tap into it – don’t waste energy on jealousy, that’s ludicrous. There are people that are richer than I’m ever going to be but that doesn’t mean I’m going to pull them down.

“I said I can’t spell and was always bottom of the class and now I go to universities at Oxford and Cambridge to give talks, which is one of the peculiarities of life. I was 40 before I came to London and when I was a teenager I thought there would be no way I’d be sitting here in a club I own.

“The lesson is don’t lay down, you stand up and do it again. The only thing I would add is don’t wait until you’re in your 70 – you get a bit tired.” 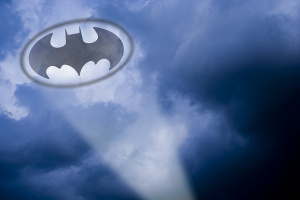 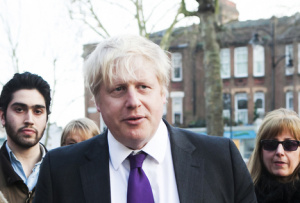