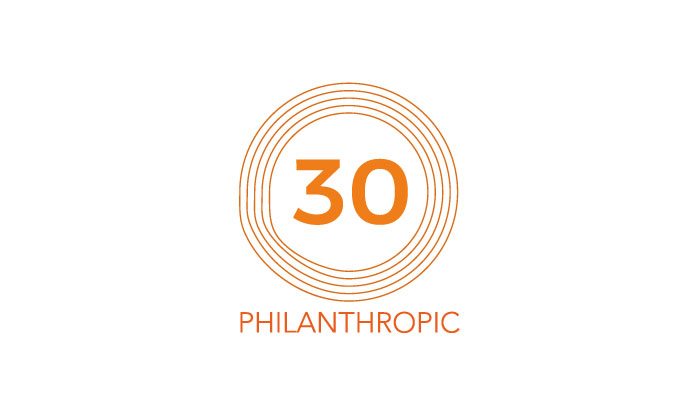 Share via
Our all-new ranking was decided alongside the Tottenham Hotspur Foundation and the Centre for Acceleration of Technology. Now let’s continue the reverse alphabetical countdown with numbers 20 to 11 for companies that want to do more than just increase profits. (20) Personal Group
Sector: Employee benefits
Employees: 240
Location: Milton Keynes As a business that specialises in employee benefits, it stands to reason Personal Group encourages staff to embrace philanthropy. Its Charitable Trust provides workers with £100 a year to donate to a charity of their choice, while team members can vote on the company’s charity of the year. The business has donated over £1.6m to charity since 1993 and is currently sending teams to Kenya until at least 2022, helping them to educate children in poverty. (19) PCA Predict
Sector: Technology
Employees: 56
Location: Worcester Inspired by large partner Salesforce, PCA Predict established a philanthropic model. That means offering staff time off for community support, offering software discounts to charity clients and donating grants to schools and not-for-profit organisations. The first step was repairing a local school for youngsters with learning difficulties after it was vandalised, while the business has gone on to get behind mental health, prostate awareness, youth sport and introduced corporate choir for Leukaemia Care, which raised £30,000 over three events. (18) Orchard Facilities Management
Sector: Facilities
Employees: 30
Location:  Huddersfield, West Yorkshire Having developed its own charity called Henderson Firstfruits, Orchard helps disadvantaged people, whether they’re impacted due to poverty, poor health, age or disability. An example saw the division support those who affected by the Calderdale floods. Solidifying the generous nature within the business, at least 12 per cent of profits are donated to causes each year. Building on that, it has developed a goal to increase profits before tax threefold over three years, hoping to increase charitable giving. (17)  Learn to Trade
Sector: Education
Employees: 200
Location: London

Learn to Trade staff are invited to take on a socially responsible attitude as they’re provided with three paid days of volunteering leave, with staff able to support charities of their choosing. The business, meanwhile, works alongside the Greg Secker Foundation (named after the CEO) to support Build-a-Home projects to construct houses for families impacted by Typhoon Haiyan in the Philippines. A sustainable community with 100 homes developed is set for completion by the end of this year, having started in 2015 (16) June Medical
Sector: Medical
Employees: 12
Location: Marlow, Buckinghamshire June Medical feels that philanthropy is the only way to operate a business that has ethics, claiming “it’s not something we do, it’s who we are.” Set up in 2013, the business develops products for health professionals that can support women suffering from prolapse and incontinence with a view that they can get back to a life they used to have. Women and refugees, in the UK and overseas, those who have lost babies, they are all supported by June Medical, which also works closely with The Fistula Foundation to donate devices. [rb_inline_related] (15) Invasion Group
Sector: Travel
Employees: 25
Location: Manchester Invasion considers CSR to be at the epicentre of its daily operations, using it to steer the direction of the business while guiding its future. The travel business provides city breaks and summer holidays, but also the chance to work abroad through volunteer programmes in locations such as South Africa, Malawi and Cambodia. For example, Invasion pays for education of 300 kids at a school in the latter. According to the company: “Businesses that aren’t socially responsible run the risk of alienating their customer base.” (14) Immodulon Therapeutics
Sector: Biotech
Employees: 24
Location: Uxbridge This private biotech business develops immunotherapy treatments for cancer. Founded by surgeon Charles Akle ten years ago, the business secured financial support from a former patient. Immodulon investors have a shared view of social responsibility, rather than generating maximum return on investment and a goal to increase profits. As such, treatments will be kept affordable and Akle plans to keep the company independent to prevent large firm’s changing the vision and pricing agenda. The goal is to take flagship product IMM-101 to market at a reasonable price cost.
(13) Gold-i
Sector: Fintech
Employees: 35
Location: Guilford, Surrey A local community outlook was introduced at Gold-i’s launch in 2009, which saw profitability in year one and a percentage donated to charity. This was formalised in 2015 with the introduction of the Gold-i Foundation of Innovation in 2015, administered by the Community Foundation for Surrey, which has raised over £10,000 to date. Schemes to support are chosen by six employees on the committee, with a fete complete with bouncy castle and hog roast just one example of dedication to fundraising. (12) Freeformers
Sector: Technology
Employees: 34
Location: London With a focus on supporting young people, Freeformers trains youngsters with digital skills for free. Described as a profit and purpose business, to increase profits grows the talent pool available to the business and clients, which in turn can increase profits, more growth and so on. Some 3,500 people have been trained so far, while staff are able to take time out to for their own philanthropic endeavours. The firm also seeks to empower and mentor young women who have been marginalised. (11) Equilibrium Asset Management
Sector: Finance
Employees: 60
Location: Wilmslow, Cheshire Equilibrium believes people in a fortunate position have a duty to give back and help. The way the business does so is with a culture developed by founder Colin Lawson, which has been backed up with the Equilibrium Foundation, launched in 2010. There is a goal in place to raise £250,000 by 2020, while any fundraising done by clients or employees is matched. Last year, £21,000 was raised to mark the company’s 21st anniversary, inclusive of a London to Amsterdam bike ride made by partners.

Continue the countdown: Philanthropic 30 2017: The most caring companies in Britain (10-1)