A plan to give back to the community isn’t just something to leave to corporate firms, as we reveal with the rundown of the 30 most caring companies in the country.

Connecting people over food, WeFiFo is designed to bring individuals together. Hosts are encouraged to embrace the sharing economy ideal and find people that generally dine alone, inviting guests from the community, friends, neighbours and strangers alike, to share food – an elderly widow for example. Furthermore, sustainability is a key focus too, as hosts can make a regular income, while they are prompted to think about helping others and reducing food wastage too.

In 2014, the business established the UKCloud Foundation, which donates two per cent of net profits annually to charities chosen by staff, while UKCloud’s main charities include The Prince’s Trust and Children in Need. Elsewhere, the Foundation offers “matched funding” to give back, so any money employees raise for charity in their own time will be topped up accordingly. Over the last financial year, UKCloud contributed £130,000 to charities, a sum to hit £200,000 for FY ending March 2017.

Making the most of what could otherwise be blank space, The Bluebeards revenge is encouraging its customer base, men, to think about health as well as their appearance. Male cancer symptoms are highlighted within the packaging of the box by charity Orchid, while former rugby player Phil Vickery also provides an endorsement. Additionally, the business has aligned with The Lions Barber Collective to make men feel more comfortable about discussing mental health.

This “fiercely proud” Cornish business brews all products with locally grown ingredients across its pubs and hotels. As such, St Austell is keen to support the local community in various ways. CEO James Staughton is a founding member of charity Clean Cornwall, while he encourages CSR at every turn of the business. Energy use is monitored across the business and relayed to staff, while a barley initiative has been hugely beneficial to local farmers. The business has also backed rowing and other sporting efforts to contribute funding to wounded ex-serviceman.

Having aligned with WeSeeHope, a charity for African orphans, shortly after launch in 2011, Six Degrees designed a bespoke CSR programme called Six Degrees of Hope, which has raised almost £400,000 over the last five years. That money has equipped the charity with funding to support youngsters living in poverty, protecting and educating them. In addition, the Six Degrees calendar includes charitable days for golf, pub quizzes, ski trips and more, which have generated £80,000 over the past three events. Furthermore, dedicated team members called “Hope Champions” also give back and run bake sales, table tennis tournaments and raffles to raise funds.

Creating social impact is part of the DNA at Scotmas, which seeks to deliver clean water to underprivileged, rural parts of the world. The cleantech is consistently looking to refine its water treating technology, while making it more affordable and expanding the range globally. Nurturing talent is also important to Scotmas, as interns and apprentices often become employed, while staff are also encouraged to become STEM ambassadors to give back and talk in schools and combat the skills gap. Employees also receive five days of paid leave each year for voluntary activities.

ResponseTap defines its philanthropy as “embedded” rather than a side thought. The founding directors have embraced a 111 scheme, whereby the business offers one per cent of time, one per cent of product and, when the founders exit, one per cent of equity to charities. As a growing business, the amount donated increases, while the 111 scheme even has a sales and marketing strategy. A charity is nominated annually, and the next 12 months alone should see £125,000 generated.

Bristol-based Pukka Herbs grew its idea of connecting people and plants from an idea to global business, creating fastest growing tea brand in the UK. The term Pukka means authentic in Hindi, emphasising that what the founders stand for is real. From a health point of view, all herbs used are organic. From a give back point of view, Pukka is part of 1% for the Planet, a philanthropic organisation through which Pukka commits one per cent of turnover to the environment, amounting to £400,000 in 2016 – the same year it become a B Corporation.

A game publisher network, Playmob has developed a platform that houses likeminded companies that share a vision to create social impact. Gameplay links to the real world to combat key problems, which can help to raise funds or awareness of causes. The business has helped to raise almost $1m for charities to date and plans to double that milestone in the next 12 months, continuing with its method of in-game prompts sent to players. Endangered animals, poverty, cyber bullying and deforestation are among just some of the causes.

Piccolo’s focus is on parents and children, providing the adults with guidance on nutrition and health through products, educational workshops and resources. “I don’t believe that you can start a brand now without thinking about what you want to give back and leave behind,” says Catherine Gazzoli, Piccolo’s founder. That sentiment is proven as the business gives ten per cent of profit to the Food Education Foundation. The donation is in line with the fact ethics are “intrinsic” to the business.

Continue the countdown: Philanthropic 30 2017: The most caring companies in Britain (20-11) 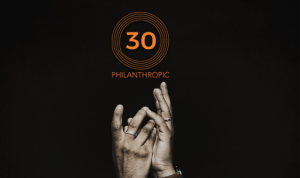 Introducing the Philanthropic 30 2017: Meet the most caring companies in Britain 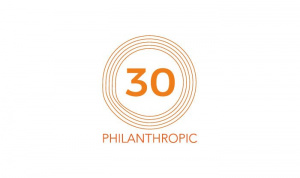