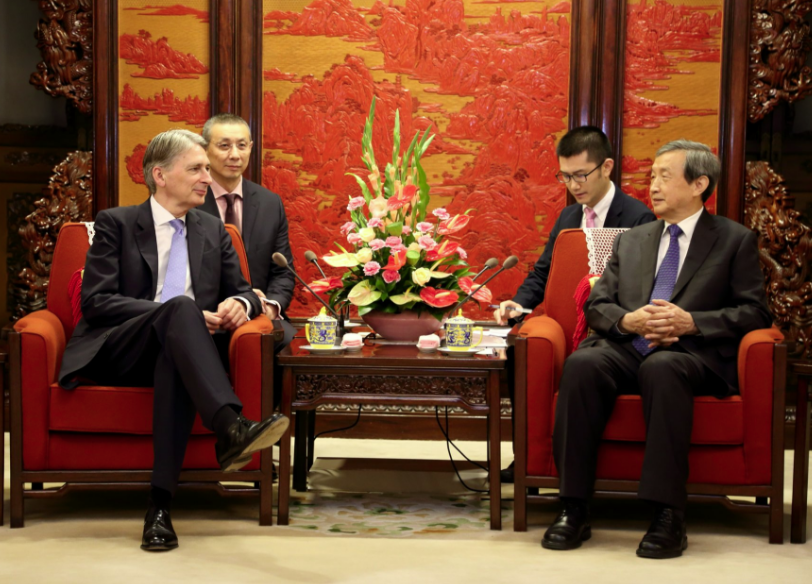 The newly appointed chancellor of Exchequer, who dethroned Osborne following Theresa May?s ascension to power as prime minister, is in China to attend the G20 Finance Ministers? meeting held in Chengdu.

He will also travel to Beijing and Hong Kong, promoting the UK as something of a global paradise for those looking to make international investments. When Hammond was appointed as chancellor, he said of the Brexit concerns: “I think the challenge for us now is to send signals of reassurance about the future as quickly and as powerfully as we can to the international investment community.? The financial services sector in particular will be given a healthy amount of promotion by Hammond during his trip, which comes following Osborne?s hire of Eileen Burbidge in the role special envoy of fintech last July ? a post that has seen her ?champion? the sector in the UK and overseas. Hammond aims to bring in interest from China as he will insist Britain will remain open trading with low taxes even after leaving the European Union. He has been joined by representatives from UK finance hubs including HSBC, Virgin Money, Aberdeen Asset Management, the London Stock Exchange and more. ?My focus in China will be on promoting British business opportunities, including in the financial services sector, where Britain is a world leader. Britain is open for business and one of the most attractive destinations in the world for international investment,? Hammond said. ?We have built a strong economic relationship with China and as Chinese investments into the UK continue to diversify and as UK exports grow, Sino-UK relations are more important than ever.?

In his role as business secretary, before it was changed to secretary for communities & local government during the May-Cameron reshuffle, Sajid Javid was on a quest to secure Chinese investments in the Midlands to accelerate the existing ?222bn annual contribution the region makes to the UK economy. According to the government, the UK receives more investment from China than any other European country, and growth is averaging at 58 per cent a year over the past decade. Elsewhere, British firms are exporting considerable amounts to China as it ranked fourth for destinations of UK goods exports in 2015. Hammond continued: ?In the last few days alone we have seen the Australian Prime Minister say he wants a new trade deal with Britain – and Japanese technology firm Softbank announce plans for a record investment in the UK. ?This is all evidence that our economy is fundamentally strong and well equipped to adapt to the change that will be necessary as we leave the EU.? By Zen Terrelonge