I had planned to write this column about the new British Airways Advertising, but it is so dull I found it difficult to conjure up any enthusiasm for the task. I’m sure it is bang on brief and the production values are, as always, high, but to be honest I struggled to stay awake for the full 90 seconds of potted airline history with ponderous voice over. Even the comedy moustaches, so popular with pilots through the ages, were not enough to enliven it. Bring on the 30-second version.

It’s as well there is another campaign out there that is anything but dull.

Phones 4U is certainly no stranger to controversy when it comes to advertising. A press ad featuring Jesus endorsing “miraculous” deals was banned by the ASA earlier this year. And now it has released a “horror-themed” TV ad.

For those who haven’t caught it yet, it features a spooky little girl scaring the life out of a woman in a deserted car park and concludes with the tagline “Missing Our Deals Will Haunt You”.

Frankly I was impressed. It isn’t scary exactly (and those adults who find it so have clearly led sheltered lives) but it is very well done.

In an environment where the vast majority of TV advertising is pedestrian and clichéd, this ad really stands out and the agency who produced it, Adam & Eve, should take credit for condensing an entire cinematic genre into the time taken to hide behind the sofa.

The only problem: it does have the potential to frighten children, and a considerable number of parents have complained.

The answer of course is not to ban it but to make sure it’s only on air when young children are not watching (ie: after the 9pm watershed). I haven’t seen the media schedule, but I hope and expect it is also playing in cinemas, which are the perfect environment for an ad like this – not just because age control comes as standard, but because the “horror” will be amplified by the big screen. And with Halloween coming up, the opportunity to pair it with the inevitable filmic horror fest is too good to miss.

So what lessons can BA learn from Phones 4U?

In advertising, less is often more. Big production budgets too often lead to flabby, unfocused ads as is the case for BA. Smaller budgets mean that client and agency have to work harder and be more creative.

This is clearly good news for SMEs where money is tight and creativity and hard work are second nature.

Have a good Halloween. 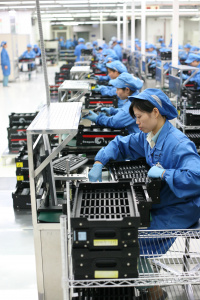 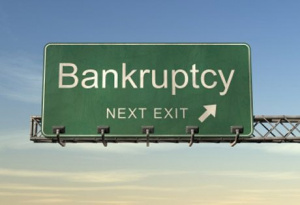