Following last week’s reports over Stelios’s row with easyJet’s outgoing chief executive, Stelios quit the company’s board on Friday in protest of the company’s plans, which he says are “wrong”, asking other major shareholders to back him instead. What does Carolyn McCall, easyJet’s new chief executive face?

The Observer – Is McCall flying into a Stelios storm at easyJet?

A new survey by the CBI finds that more than a fifth of employers need to give remedial training to new hires because they are insufficiently literate for the workplace. With over half of all businesses struggling to recruit well-qualified staff, this could develop into a major problem, the CBI warns. As Britain looks to fast-growing entrepreneurial companies to lead the country, what needs to be done?

Q&A with serial entrepreneur Luke Johnson of Risk Capital Partners, Pizza Express, Giraffe and Patisserie Valerie fame. He reveals why he always carries around £400 cash on him, what his best and worst investments were, and why hiking the NI tax would kill entrepreneurship.

Do you worry about your employees’ wellbeing? Mental health charity Mind reports that one in 14 employees suffer from stress caused by the pressures of the recession. Dragon’s Den entrepreneur Duncan Bannatyne, one of Mind’s patrons, says its essential to look after your staff or “you haven’t got a business”.

Google and Intel are expected to announce the launch of the “Smart TV” platform this week, which will integrate consumers’ hardware (TVs, Blu-ray, and the like) with web-based content. The Financial Times reports that Google is already in the advanced stages of talks with Sony, over bringing web services to its televisions.

How much do you pay yourself? How does this compare with the FTSE 100 chief executives, whose average total pay was £3.8m last year, up six per cent on 2008? One of the more interesting trends emerging from the Executive Pay Report is that salary typically only makes up for one fifth of the total package, with the rest made up of performance-related payments and bonuses.

Daily Telegraph – Executive Pay Report 2010: how did we get here? 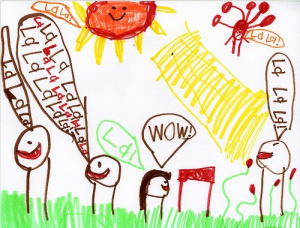 How to improve your communication

First reactions to the cabinet