Despite Britain’s leading retailers having worked together to oppose Labour’s planned increase in National Insurance, they are now being split by how the new government should tackle a VAT rise. Ian Cheshire, the chief executive of Kingfisher, which owns B&Q, says that instead of hiking VAT from 17.5 to 20 per cent, the Treasury should consider widening the VAT net to include food. Unsurprisingly, the chief execs of Sainsbury’s and Tesco oppose this. Who will win?

As the economy recovers, employers are seeing more and more employees demand a pay rise, but many bosses are opposed to giving in to the requests. Research by the CBI and recruitment consultancy Harvey Nash shows that 16 per cent of employers plan to freeze wages at their next review, compared with 55 per cent a year ago.

The cost to business of complying with government regulations has jumped more than £11bn in the past 12 months, says the British Chambers of Commerce. The total regulatory burden over the past 12 years stands at £88.3bn, according to the BCC’s Burdens Barometer report, a figure calculated from civil service estimates of the cost of new regulations.

In this piece, the Financial Times asks whether anyone can just turn themselves into a serial entrepreneur. The experts seem to think not: “”Really driven people like entrepreneurs who keep doing it again and again usually have a drive that comes from something traumatic in their childhood.” Hmm, charming.

Financial Times – The careerist: ‘The key to ambition is understanding your motivations’

A rise in demand for eco-friendly products has seen green-fingered entrepreneurs reap the benefits of their hard work. The Guardian offers several successful case studies:

Stelios has offered to license the ‘easyJet’ brand to the airline in return for £3m in royalty payments every year. This would be the equivalent to 0.1 per cent of the airline’s total annual revenues. 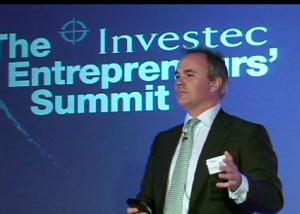 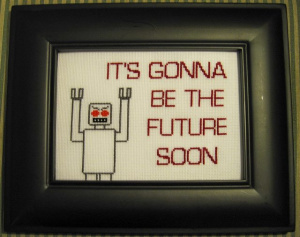