Speaking at the CBI’s annual dinner last night, chancellor George Osborne said Britain was “open for business” and that he is going to kickstart a five-year plan to overhaul the corporation tax regime, although any changes would “protect manufacturing industries”.

The Times – Corporate tax will be the lowest in G20, Osborne promises CBI

The Independent – Osborne: I will cut taxes to aid private sector recovery

The Independent – David Prosser: The wrong kind of tax cuts if we want to rebalance the economy?

As luxury fashion chain Jaeger reports earnings up by 16 per cent, its owner, fashion entrepreneur Harold Tillman announced Jaeger is looking to expand its operations internationally, opening stores in Europe, the Middle East and North America, as well as launching a “boutique” Jaeger brand.

City AM – Jaeger cashes in as luxury brands make a comeback

Research by the Offshore Valuation Group shows that the offshore renewable energy industry could generate the same amount of electricity a year by 2050 as one billion barrels of oil, and could create 145,000 new jobs. Offshore renewables is an interesting market, with many small entrepreneurial firms doing some great work. This report just highlights the opportunities available in this sector.

The Independent – Britain’s offshore renewable energy worth a billion barrels of oil and 145,000 new jobs

A survey shows that 60 per cent of independent financial advisers are warning clients to get rid of investments that will be hit by a rise in CGT. Will you be selling anything?

Paddy Power chairman Nigel Northridge has added the entrepreneur behind LOVEFiLM, William Reeves, to the Paddy Power board. This week, Paddy Power launched volcano ash betting, which allows punters to bet on certain airports being closed for at least one hour on specific dates this summer.

Finally, John Shepperd-Baron, the inventor of the cash machine, has died, aged 84, after a short illness. After coming up with the idea, he sold it to Barclays, which opened the first ATM in Enfield, North London in 1967.

The Guardian – Inventor of the cash machine dies 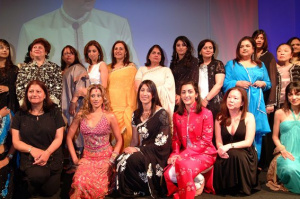 Who will be Asian Women of Achievement winners? 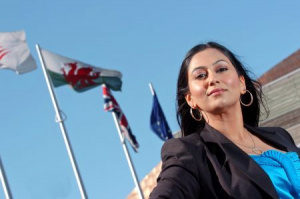