The UK Takeover Panel has censured Kraft Foods for making promises it couldn’t keep during its controversial £11.7bn takeover of Cadbury. The panel specifically mentions that the American giant had promised to save Cadbury’s Somerdale factory, despite not knowing the details of how far Cadbury was in shifting production to Poland. The censure is unlikely to have any effect on Kraft, though, as it isn’t accompanied by a fine, and the panel recognises Kraft had acted in good faith.

The Guardian – Kraft rebuked for broken pledge on Cadbury factory

Social network Facebook has finally caved in to outside pressure, and will amend its privacy settings. European regulators had strongly criticised Facebook for its out-out privacy settings, so this is a step in the right direction for founder Mark Zuckerberg and co.

Tory backbenchers have been putting pressure on chancellor George Osborne to offer significant concessions over the capital gains tax increase planned for next month’s emergency budget. The chancellor’s decision to adopt the Liberal Democrat proposal to increase the rate of capital gains tax on non-business assets from 18 per cent to closer to income tax rates of 40 and 50 per cent has dismayed many Conservative MPs.

The Organisation for Economic Cooperation and Development (OECD) warned the Bank of England that it needs to raise interest rates to 3.5 per cent by the end of next year in order to head-off higher inflation. “Exit from exceptional fiscal support must start now, or by 2011 at the latest,” said Pier Carlo Padoan, the OECD’s chief economist.

The Independent – UK to raise interest rates before end of 2010, warns OECD

Opponents of American entrepreneur Donald Trump’s proposed golf resort in Scotland have hit back, thwarting his plans through a mass purchase of land. The Guardian reports that scores of people, including comedian Mark Thomas and wilderness hiker Cameron McNeish, have become joint owners of an acre of land – deep inside Trump’s planned resort – previously owned by Michael Forbes, the quarryman and salmon netsman who has become Trump’s most famous and obstinate opponent.

Engineering company Dyson has bucked the recessionary trend, seeing its operating profits double to £190m in the last 12 months. Entrepreneur and inventor Sir James Dyson attributed the success to new products including a bladeless fan and a hand dryer that has made paper towels redundant. More on Dyson later this morning.

The Independent – Dyson profits double thanks to R&D investment

Do I employ someone who is too good for the job? 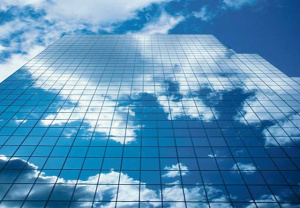 Investing in the cloud