Vince Cable is on a hunt to cut down excess regulation. The business minister announced the creation of a “star chamber” review of all regulation inherited from the last government, saying all this red tape is “choking off” enterprise.

New technology and smartphones are changing the way we shop. A few weeks ago, supermarket chain Asda launched a price comparison site to allow shoppers to check Asda’s prices against Tesco, Sainsbury and Morrisons. If a customer could have saved money by shopping elsewhere, the Asda site will print out a coupon against future purchases to cover the difference, plus a penny. Innovative marketing initiatives such as these benefit business, and the rise of technology will only propel this forward.

Financial Times – Dialling in to see if the price is right

Entrepreneurs regulated by the FSA could soon see this power transferred to the Bank of England, if the Chancellor gets his way. George Osborne wants to see the Bank of England take on some of the FSA’s responsibilities – although it isn’t clear whether this means he wants to shut down the FSA entirely. It’s expected he will announce his plans next week.

THE number of foreign firms bought by British companies and the amount spent on them fell to their lowest level in more than 20 years in the first three months of 2010, official data shows. The Office for National Statistics (ONS) said spending by UK firms on foreign acquisitions fell to £192m in the three months to March, the lowest since records began in 1987. 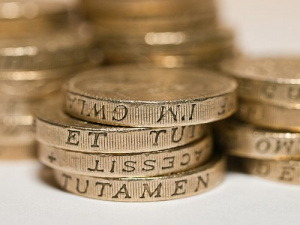 Salaries: How much is too much?