Apple founder and CEO Steve Jobs unveiled the new iPhone 4 yesterday, and it’s all over the papers. Made of glass and steel, the new iPhone promises to be much more business-friendly, with features such as multitasking and better organising. It promises to be a big rival to the Blackberry and Google’s Android phones. Will you order one? Check out our review later today.

The Guardian – iPhone 4 unveiled by Apple

The Independent – Apple’s slimmer, smarter iPhone. (It also makes calls, by the way)

Businesses could lose up to £1bn in lost working days due to the World Cup. A survey by the Chartered Management Institute (CMI) shows that more than half of all employers are worried about staff being distracted by online coverage of the tournament. Have you set up your World Cup policy yet? Don’t forget to check out our guide here.

Entrepreneurs in the retail space should be upbeat: on a like-for-like basis, retail sales values rose 0.8 per cent in May on a year earlier, when sales had fallen by 0.8 per cent. In the three months to May, like-for-like sales were 1.2 per cent higher. Retailers suffered more than many other sectors during the recession, so this is good news.

The Guardian – World Cup gives retailers a lift in May

City AM – Sunny skies help retail sales in May

It isn’t all good news, though. Corporate insolvency specialist Begbies Traynor continues to expect UK companies going bust because of the recession. Most of the pain from the recession has yet to be felt, the firm says, although it doesn’t know when.

Research by the Institute of Directors (IoD) shows that an increase in CGT would unfairly penalise around 200,000 individuals who make gains which exceed the annual £10,000 allowance with modest profits of £25,000 or less. Show your support by joining Real Business’s campaign here.

Online grocer Ocado is offering shoppers the chance to buy its shares as well as its groceries. Ocado has written to more than 100,000 regular shoppers advising them of its plans to seek a listing. The firm is expected to be valued at £1bn. CEO Tim Steiner said the board hadn’t decided whether to press the button on an IPO, but wanted to give small investors plenty of notice, as once the formal process got under way, things moved quickly. An innovative approach! 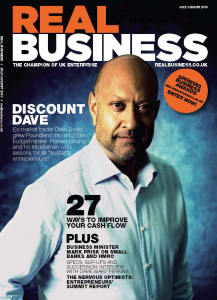 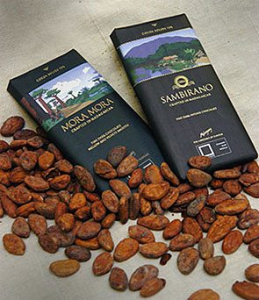