So David Cameron has (finally) made it into No 10. The papers are packed with analysis of what it all means for Britain, but we look at what it means for you, the entrepreneurs who will lead the country through the recovery. (Don’t forget to check in on RealBusiness.co.uk for our liveblog of the Entrepreneurs’ Summit today, where we’ll discuss in more depth!)

Daily Telegraph – Why the Market wanted the Conservatives in No 10

Meanwhile, Stelios – who will be speaking at our Entrepreneurs’ Summit today – is in the spotlight today, after an outburst against outgoing easyJet chief exec Andy Harrison, calling him ‘overrated’ and saying the only thing that ever went up under his tenure was his bonus. Hmm…

Is manufacturing making a comeback? New figures released today show that industrial production rose by 2.3 per cent in March, the highest increase in eight years. If this is a sign that exports are picking up, then it’s good news for entrepreneurs looking to sell internationally. But the Independent’s David Prosser warns not to read too much into the figures – the trouble might not be over just yet.

The Independent – David Prosser: Manufacturing needs more than just one day in the sun

A survey of chief executives shows that many are still very worried that their sector is still in recession, particularly those in the construction industry. The CBI’s deputy DG John Cridland sheds light on the findings.

Are you paying your staff enough? New numbers from the OECD show that while the gross average wage increased by 0.5 per cent to £33,745, in real terms this represented a 1.6 per cent decline after taking inflation into account.

Worrying research reveals that those who regularly work ten or 11-hour days are up to 60 per cent more likely to suffer heart disease or die younger than those who work fewer hours. With entrepreneurs frequently working much more than ten hours a day, this isn’t good news. Maybe you should clock off earlier today?

Guardian – Too much overtime is bad for your health, says study

The Times – Staying late in the office could cause heart attacks and early death, study shows 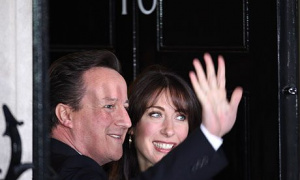 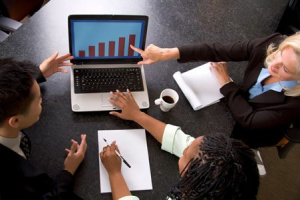 LIVE: Your business, the economy and the new government