When Real Business sat down to talk to the Dragon at his London office near Tottenham Court Road, he stressed his passion for technology. “I’m very much interested in the disruptive power of technology and the internet, the convergence of technology and communications and the consumerisation of technology. We’re all using apps, smartphones, websites and cloud solutions in our private life, but in the business world you don’t always have access to those things.”

That’s where Outsourcery comes in. The company specialises in supporting enterprise cloud communications for around 400 businesses and organisations, which includes a partnership with the government. According to Linney, it’s the “movement of that consumer experience into the workplace – that’s what we do at Outsourcery.”

With entrepreneurs aplenty hoping to secure cash from the Dragons, it would be seemingly all too easy to become jaded, so Linney revealed what it is he looks for in projects seeking funding: “The individual and their ability to make it happen, something that interests me personally, and the management team and whether I feel I can work with them and add value.”

One company he felt that had all of those things was Lost My Name, a book publishing startup with a technology core, which was founded by fathers who wanted to make children’s books have a personal touch. “It was the highest ever valuation in Dragons’ Den but it’s a dynamic publishing business with content for young children and it’s doing really well. With computer technology you can go from zero to hero very quickly, which you struggle to do in the traditional world of physical products and physical distribution and that’s what interests me.

“I’m a Nesta trustee we’re interested in innovation, technology, the creative economy, art and where those things interact. Lost My Name is  an interesting model because it’s publishing, so there’s an art form both in the written content and beauty in the way they’re drawn, then that artistic ingredient combined with software creates a lean on-demand publishing business with bespoke content for a unique product.”

He explained it’s about finding the right balance between a good idea and a bad idea, and a good idea can often be one where the average person will think it will never work – like renting out a mattress on Airbnb, for example.

Given Linney’s zest for technology, especially in the workplace, he noted that some traditional companies can get stuck as we experience a shift in the dynamics of the industry and its developments. This could include staff using Dropbox and Skype in the office to make their work more efficient, but that in turn puts data at risk and the company’s IT department will struggle to track where IP is going.

“What we’re trying to do is bring controlled security in house with solutions that are good as consumer solutions – for me that’s the most exciting bit. IT and communications are going to be completely reimagined over the next decade,” Linney said.

“Both are multi-billion dollar industries and have grown up selling physical stuff from warehouse to customer. The cloud model removes that physical supply chain so you’re disrupting this enormous industry. Typically there’s confusion about what’s going to be the future, how it’s going to work, and a lot of the biggies like IBM and Oracle in corporate ICT struggle to move from the current innovation curve to the new one.”

And for Linney, startups have the power to support the shift, as he explains on the next page, as well as why failure is acceptable as long as you don’t consistently take people down with you.</p > 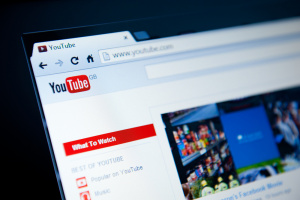