Dragons’ Den can often seem like it’s just a bit of fun. Entrepreneur after entrepreneur files into the Den to give an awkward ten minute pitch before being shouted at and laughed out of the room by five of the country’s biggest names in business.

But new Dragon Piers Linney tells Real Business that the full process is just as serious as any angel investment.

“The thing that people mostly don’t understand about it is it’s very much the reality of business but in an entertainment wrapper,” he says. “It’s no different to any other investments I’ve made.”

He says that the clips we see on TV are just a small fraction of what goes on in Den and behind closed doors.

“If it’s interesting we will grill them for two hours or more,” he says. “So we’ll go through the whole business, a bit like a due diligence questionnaire. Because it is your money, it’s reality and you’re not just going to fritter it away, you want to make good investments.

“Then once you’ve made the handshake you get into proper due diligence and legals and check it out properly, exactly like any angel investment. You don’t hand over a wad of cash in the green room.”

But viewers aren’t going to get excited by in depth discussion of intellectual property or balance sheets that lasts half an hour.

“So what they then do is take an edit which makes it more interesting for TV, and that’s the right thing to do because a lot of people would probably just switch off,” he adds.

The first investment we’ve seen from Linney was a joint bid with Kelly Hoppen in Skinny Tan, which appeared on the first show of the series.

Linney says there’s no secret formula to being an attractive investment but that Skinny Tan were a great example of a viable proposition.

“We liked the entrepreneurs, they had come over from Australia, were clearly passionate and had built a business really quickly with reasonable turnover and profitable.

“They had created a brand, and a product with an angle to differentiate it. The name was great. So it all kind of came together and ticked lots of boxes.” 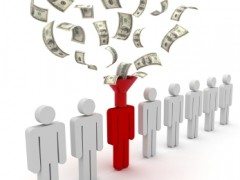 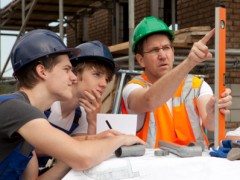 How to motivate Gen Y employees