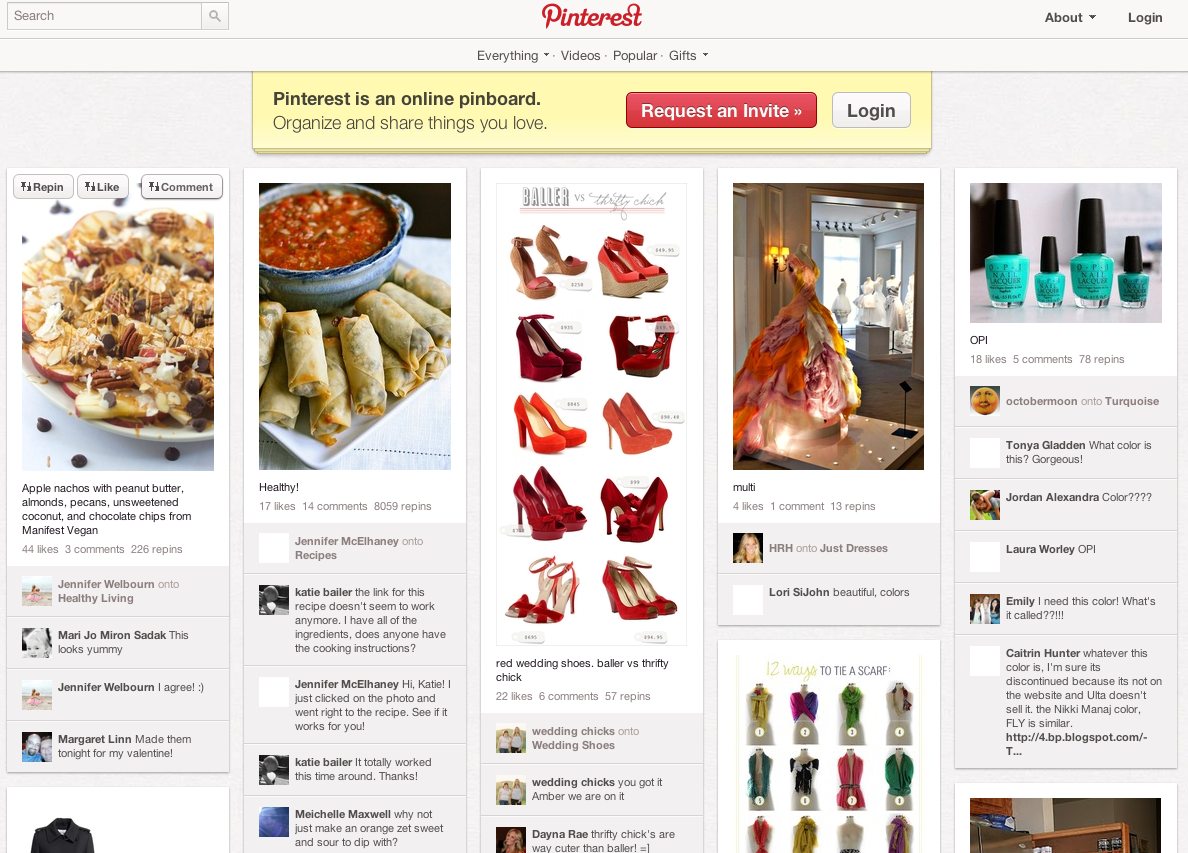 It’s yet another social network you have to worry about.

It’s very compelling and therefore easy to get sucked in. This blog has taken me four hours to write – three of which evaporated in a cloud of vicarious Pinterest board surfing.

It’s hard to tell who’s genuine and who’s not. A lot of people pin what they think will make them look cool, rather than what they actually like. So if you’re a brand researcher looking to gauge what people really want, your figures are likely to be skewed.

4. They hijack your efforts to make money

Pinterest appends affiliate links to some pins (products featured on Amazon and eBay, for example). They don’t declare this in their terms of use. Sneaky.

Though its terms and conditions are very specific in that they prohibit members from posting copyrighted material without the copyright holder’s consent, the majority of Pinterest users will violate this element of the T&Cs because people tend to not to read them before accepting. The main issue is that Pinterest stores near full-size copies of images on its server, rather than the more regular thumbnail images associated with other social networks, which are usually covered under copyright “fair use”. It’s not all bad. Here’s five things you’ll love about Pinterest. Check out the infographic below, courtesy of visual marketing firm Lemon.ly, to view Pinterest’s vital stats and meteoric rise. Click on image to enlarge.

Rob Wilmot was co-director of Freeserve back in 1998 and exited the company after the completion of a £1.6bn sale to Wanadoo in 2001. Since then, he’s invested in a range of tech and media companies – the latest being bcsAgency. Read his profile here.