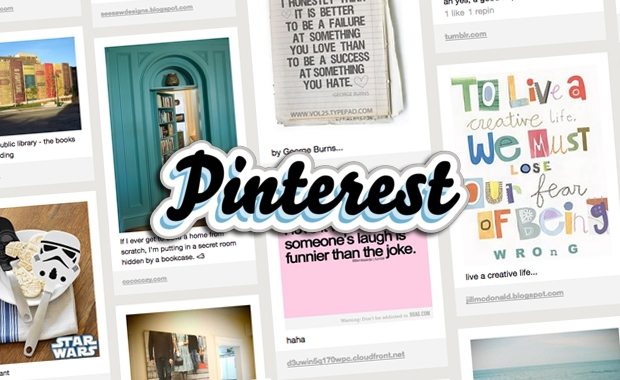 You can show people what you like in picture format on Pinterest. Pictures evoke an emotional response. What you pin to your boards allows visitor to get to know you quickly by picking up on visual cues. Pinterest is the “mood board” for who you are and what you stand for.?

You can add the “Pin it” button to your browser which makes adding stuff to Pinterest as easy as bookmarking a web page.

Pinterest is a big e-commerce driver. It?s widely reported that Pinterest generates more referral traffic to brands than LinkedIn, Google Plus and Youtube combined, which is great if you?re a big blue-chip brand, but equally as good if you?re an SME niche one. All life ? quirks, predilections, desires, passions ? are represented here.

Pinterest is cathartic and revealing. There?s nothing like collating your life in pictures. You can give you clarity on what you represent, which can be very powerful if you share this with your potential customers. There?s a lot of talk about “authenticity? in social media, and I think that Pinterest displays you at your most authentic. Coming this afternoon: Pinterest: 5 things you’ll hate Rob Wilmot was co-director of?Freeserve?back in 1998 and exited the company after the completion of a ?1.6bn sale to Wanadoo in 2001.?Since then, he’s invested in a range of tech and media companies ? the latest being?bcsAgency.?Read his profile?here.