You’ve just started a new job abroad but how do you communicate? Should you be direct with the Germans but not with the Japanese? Should you avoid first names in Poland but use them in Australia? If an Indonesian asks about your weight are they being friendly or rude?

When it comes to understanding cultural differences in business, it’s one thing knowing the correct way to greet colleagues and formal guests. However, the ability to understand and adapt to business and social norms when working on assignments has become a skill of paramount importance.

It’s no surprise that cultural training is now mandatory is many major corporations when sending assignees to work abroad – for people in global mobility it’s as important as being able to do your job.

So, here are cultural tips for working in a variety of countries. You may be surprised just how different we all are.

Tip 1: When giving feedback, be as direct as you can. Concentrate on what needs to be changed or improved and point that out. Instead of “Perhaps you could consider…” use something more direct such as “Some of this is not right, please change XYZ.” As rude as that might sound for a Brit it isn’t for a German. Still not convinced? Keep in mind that feedback which seems polite to a Brit might be both confusing and even seem dishonest to a German who values direct communication.

Tip 2: Be careful with using British humour. Germans use humour much more sparingly in professional situations. Also, British irony is often lost on Germans – and many other cultures for that matter! British people joke as a way to get someone on their side but sometimes they achieve the opposite when doing this abroad!

Tip 3: Don’t be surprised if after your presentation the German audience applaud by knocking on the table repeatedly using their knuckles.

Tip 1: Brits tend to aim on using first names too fast (or immediately) when speaking in Polish. Poles tend to be more formal and would like to be called Pan or Pani for quite some time. When speaking English, first names usage is more common but just remember to be a bit more formal initially than you would in the UK.

Tip 2: A big challenge is operating around the business calendar, which is somewhat shorter than that of the UK. Bank Holidays can often be on a Wednesday or Thursday and it is common for people to take a day or two before the holiday or even the whole week off. Always check for business holidays before planning a trip and then check with who you want to meet to make sure they will be at work.

Tip 1: Brazilians tend to associate English speaking people with the US, and might be a little confused when faced with a slightly different accent and sense of humour than they were expecting from an American.

Tip 2: Business meetings are often scheduled about two weeks in advance. Also, make sure you reconfirm the meeting with a call or email a day or two before it is scheduled to take place.

Read on to find out what to expect in countries such as Australia and Hong Kong. 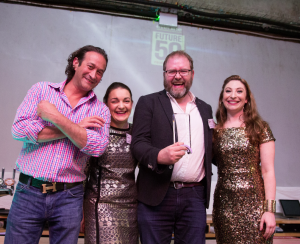 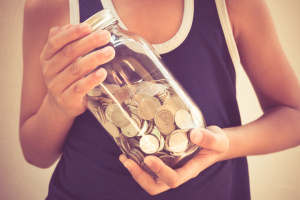 What happens when you make kids do chores and pay the boys more?