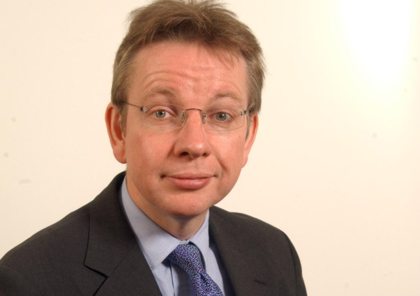 Our distinguished Education Secretary, Michael Gove, is about to do something so apparently odd that it makes one gasp just to think of it.

Even though unemployment among young people has climbed above the sensitive threshold of one million in recent weeks, he is preparing to scrap work-related education for 14 to 16 year olds.  It means he is set to abolish a key legal right that young people currently have. This is for a few hours of the curriculum to be devoted to helping develop knowledge, skills and understanding that might be useful in work.  So what gives Mr Gove the confidence to do this? Why is he prepared to ignore the furious protests of the CBI, Institute of Directors, and 204 of Britain?s most significant employers including 02, Bosch, Tata Steel, Citi, QinetiQ and Sage who signed the Young Enterprise Charter to demand more, not less, work related learning?  The Cabinet Minister says he bases his view on the findings of a Review of Vocational Education by Professor Alison Wolf. Yet when experts have examined the judgements and evidence she produced, they have been puzzled by several apparent confusions and contradictions that riddle the document.  For example, difficulties start when she declares that “work experience” had “served its time” because it was too expensive and “fewer and fewer? employers were willing to accommodate under-16s on potentially hazardous shop floors.  But her argument gets into real trouble when she asserts that “work experience” had “officially become? the same thing as “work-related learning”.  Er, no. It hasn?t.  Parliamentary legislation makes it quite clear that the traditional work experience on company premises is completely different from work-related learning in schools under the guidance from a volunteer from business.  Professor Wolf was challenged about this seeming muddle at the Commons Education Committee on April 27, 2011. Nic Dakin MP said she appeared to have “mangled together” two entirely different things. Professor Wolf appeared to shift her ground, conceding they were indeed “not the same thing”.  Yet on this shaky basis she concludes in her report that running work related education on school premises was “largely pointless”.  She was also asked at the Select Committee where she got the evidence for her claim that young people “uniformly” did not find enterprise education useful. She replied she had not conducted systematic research but instead “did a run-round of all my children?s friends”.  Young Enterprise has responded officially to Wolf?s findings. We argue that by removing the statutory entitlement to work-related learning at Key Stage 4, Mr Gove is in danger of swinging the school curriculum towards an alarmingly narrow emphasis on the acquisition of academic facts and exams.  This would deny a crucial group of young people the chance to learn vital employability skills, attitudes and behaviours employers tell us they look for when hiring new recruits. These include the ability to take responsibility, teamwork, reliability, thinking globally, integrity, and punctuality.  It would ignore evidence that the Young Enterprise philosophy of encouraging “learning by doing” with help from business volunteers has an inspirational and empowering effect ? on the volunteers as much as the students.  In the worst economic downturn since the 1930s, young people need all the preparation for work they can get. Catherine Marchant is interim chief executive of Young Enterprise.