You’re offered a job working at a casino. In order to encourage other people to play, you’re paid £300 a night to gamble with the house’s money. You’re given $50,000 in chips at the start of the evening; at the end of the night, you turn in whatever chips you have left and receive £300.

What would that actually be like? Chances are you’d play full out and fearless, both because you had nothing at stake and because it would be obvious to you that, as with most things in life, it isn’t up to you how things turn out. The fact is, some stuff isn’t in the cards – for now. Sometimes you win, sometimes you lose. That’s what makes it a game.

When I share this scenario with business owners, they tend to say, “My business is not a game,” and that there are real consequences to their successes and failures. Yet when I press the point and ask them if they would make better or worse decisions from the stress-free position of “playing with the house’s money”, they fairly universally agree that they would do better with the house’s money than with their own.

The reason they think it’s an unrealistic scenario is because they believe, as most of us do, that getting what you want should always make you happy. But that misunderstanding is what actually lies beneath almost every problem we have in our life.

Because we think happiness comes from getting what we want, we pursue our goals and targets at the cost of our relationships, our health, and at times our sanity. When we get what we want and we’re still not happy, we assume the problem is that we’re still not doing enough, so we push even harder and end up even further away from the experience of happiness.

And yet we don’t live in the feeling of our circumstances – we live in the feeling of our thinking. Trading in volatile financial markets or fast-tracking your way up the corporate ladder seem like inherently high-pressure, high-stress things to do, but there is no “stress germ” that we can catch at work or anywhere else. In fact, our states of mind fluctuate throughout the day. That’s why one moment we can be sure that everything’s going to be fine and the next we can be equally sure that it isn’t – without anything actually changing.

This is the inside-out understanding in a nutshell – the realisation that the things we’re chasing by pursuing success are already inside us and there’s nothing we need to achieve in order to get them.

As one long-time CIO working in the international currency markets put it, “It was truly liberating to see that having a stressed out mind was not an inevitable side-effect of a prolific life and in fact is counterproductive. Since recognising that my states of mind are coming from my thinking, not my circumstances, I experience more centeredness, confidence, focus, and effectiveness – all at a time where the markets are in worse shape than when I was at my most stressed.”

A CEO of a US defense contractor shared a story of being confronted by a general unhappy with what he perceived as an “uncommitted attitude” from the CEO’s team.
Despite the CEO’s assurance that this project would be completed on time, the general argued that everyone should remain at work and do “whatever it takes” to succeed, even if it meant working longer hours, taking time away from home and family, and putting themselves under additional pressure and stress. He told the CEO that understanding personnel management was like eating bacon and eggs for breakfast: the chicken was “involved”; the pig was “committed”.

The CEO smiled and said, “Well, that’s true, general—but the pig is dead, and the chicken is still producing eggs. I want my people to stay ‘involved.’”
The general backed down, and the project was completed on time.

What would it be like to play the game of business success with that same degree of fearlessness and freedom, knowing that everything that really counted – your well-being, happiness, and self-worth – was already yours to keep? After all, you were born with them, and the only thing that can ever take you away from them is an unrecognised stressful thought.

You’re still free to play the game as if your life depended on it – in fact, it’s easier to do when you know that your life doesn’t. Contrary to the way it may appear in the illusion of our thinking, when it comes to business success, we’re playing with the house’s money. And the only thing we have to lose is the illusion that something outside us can make us happy, safe, and secure.

Michael Neill is the author of “The inside-out revolution“ (Hay House, May 2013) and his previous bestsellers include “Supercoach” and “You can have what you want”. 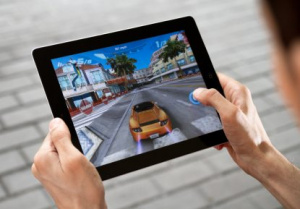 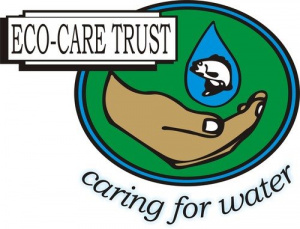