There’s a reason why women pull out the gender card and blame their gender for holding them back by default.

From BBC China editor Carrie Gracie’s resignation over the glaring gender pay gap, to the #MeToo movement countering Hollywood’s systemic sexism, high-profile examples of gender bias has dominated the news cycle for a good few months now. But just how effective have these examples been in levelling the playing field for women in general, let alone women in work?

As more examples of women speaking out against unfairness enter the mainstream, a directly proportional number of internet trolls find cause to shut these discussions down.

The assumption is that these discussions have given women have greater access to whipping out their gender card at any negative turn in their careers.

Feminists of either gender often get accused of playing the gender card which is a new-age term for seeing sexism where there is none. In cases where sexism is implied, or subliminally exerted, this dismissive term cam shut down healthy conversation. It’s a term that comes with an in-built eyeroll and quiet tut: It’s not really sexism, sweetheart. You’re just acting out again.

Once the term ‘gender card’ is thrown out, the women and male allies who speak up about inclusion are silenced.

A new report reveals that 38% of women claim their gender was to blame for being spoken to in a patronising manner at work. Only 5% of men would say the same.

How much of this is perception and how much is cold hard fact?

This new insight comes from the Market Inspector, as per the report, ‘Gender Inequality in the Workplace’, which shows that there is still progress that needs to be made in the workplace.

In 2017, only 35% of women in the UK are in managerial positions, while when it comes to junior positions, 69% of employees are female; perhaps alluding that women are less likely to take on or be offered leadership roles.

As a result, Savoystewart.co.uk decided to find out what men and women think of each other in the workplace, and whether they blame gender inequality for the issues they experience.

This was done by extracting data from a YouGov survey which asked 1,579 adults in the UK who are working, or have previously  worked, if they have experienced different scenarios at work regarding gender inequality.

Once the survey had clarified that they had experienced an uneasy situation at their place of work, the respondents were then asked if they believe their gender to have played a role.

The respondents were also asked if they have been spoken over or ignored in meetings, and the number of women (41%) and men (42%) responding affirmatively was almost equal. However, when asked if they believe gender was to blame, 30% of women said yes, while only 5% of men responded said the same.

Whether perception or reality, Savoystewart.co.uk MD Darren Best believes that the research highlights that more needs to be done to bring women on the same pedestal as men.

“Women who are being told they are not capable of doing certain tasks purely because of their gender is not only discriminatory but can make them feel uncomfortable and doubtful of their own capabilities.”

The same piece of research revealed that when it comes to promotions, 56% of men tend to have more opportunities than the 44% of women who said the same. However, when asked if a promotion had occurred because of their gender, it is interesting to note that both men and women did not agree that their gender contributed towards a promotion.

However, 20% of women claim their gender was to blame when given less complex tasks compared to people on the same level.

According to Dr. Elisabeth Kelan, a researcher from Kings College, “Instead of denying gender discrimination, workers acknowledge it can happen but construct it as singular events that happened in the past, placing the onus on women to overcome such obstacles.”

This suggests that gender bias may be yet another symptom of cultural relativity. The power to define the issue and what needs to be done still falls on who does and doesn’t have control.

As long as men are the dominant group that can “name, describe, construct and continue our cultural institutions with their patriarchal biases,” women will continue to be at the sidelines in a conversation that clearly involves them. This is what professor Leslie Bender finds in her research.

This is a universal social construct that explains why women across “cultural chasms” share the same experience of being on the outside looking in within every aspect of society.

Yes, we’re seeing women rise among the highest corporate echelons in the world. Yes, we’ve had female prime minister and presidents around the world. Yes, this is progress. But male power determines the extent to which women have penetrated the highest levels of science, medicine, law, politics and beyond. Until women have real say in forging their own paths in a world where validation doesn’t come solely from their male peers, issues like the gender pay and promotion gap will persist.

For real equality, women must have equal access to executive-level positions, from which truly game-changing decisions are made.

This could also explain why when in doubt, when left questioning why certain career decisions such as pay rises and promotions are made for them, women tend to pull out the gender card.

Some may even say rightly so. 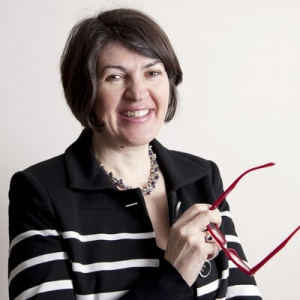 “Don’t waste time justifying your plans to anyone”: June O’Sullivan on changing the world