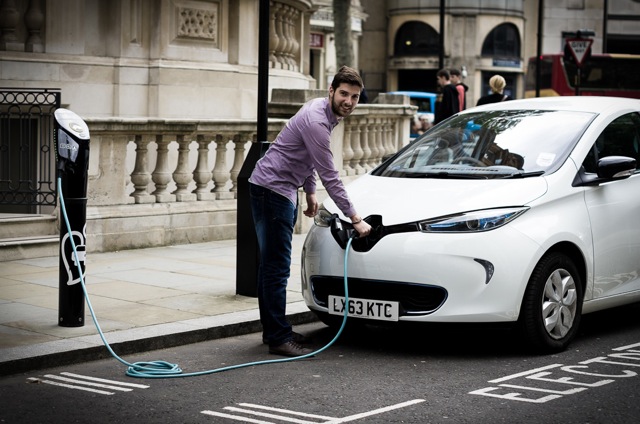 The electric vehicle charging network’s story is not just unusual for the amount it has now raised, with only drinks manufacturer Chapel Down (£3.95m) and Seedrs (£2.58m) raising more in a single round. Instead, it is the maturity of a business, now six years-old, securing capital in a space dominated by startups.

CEO and founder Erik Fairbairn expects to see more later-stage businesses using the funding route. “POD Point is part of the maturing of the concept and moving away from very early stage businesses, this is a really credible and fantastic way to fund [later stage] businesses,” he said.

“The crowdfunding market has to mature and there’s been a couple of good examples of that, including ourselves and Chapel Down. I don’t think crowdfunding starts to replace the market at the very high end of funding, but at the growth stage. Arguably that’s one of the key areas that there’s a lack of [investment wise] in the UK.”

POD Point had a £4.5m turnover in the last financial year. The business has grown 130 per cent in 2014 and possesses a 27 per cent UK market share, according to a statement from the company. It has also shipped over 17,000 POD Points to over 14 countries, making it one of the largest producers of EV charge points in the world.

Fairbairn says POD Point’s audience of early adopters left it ideally placed to be one of the first growth-stage businesses to do crowdfunding on this scale.

The company decided to crowdfund to ensure it customers could invest. “We really wanted to bring the EV community with us. The reason we did it was to say to EV drivers; ‘help us build the network’. That’s been a great experience. It’s put us in contact with a lot of people in the EV community,” said Fairbairn, who estimated that EV enthusiasts outnumbered members of the financial community by two to one.

The project currently has 202 investors, including two six-figure investments of £749,804 and £299,403. Fairbairn estimates the average investment was £5,000. The project is now overfunding and had 39 days left at time of press.

The success of the campaign relied on sustained activity across social media channels, traditional marketing activity and speeches at different events: “People are looking at POD Point, but also who’s delivering it. It’s trying to push a bit of the personality of people who are going to deliver. We’ve highlighted not just senior members, but a whole range of the team, we’ve tried to make it more personal.”

The company has benefitted from the rise in popularity of electric vehicles. In the year to October there has been a 264 per cent year on year increase in plug-in EV sales.

POD Point has a network of 1,300 charging bays across the UK. “Our clever cloud management system allows us to monetise our estate of charge points on an on-going basis. With our Pay as You Go system we collect revenue from EV drivers each time they use a POD Point. EV drivers use their smart phones to start, stop and pay for charging. We then share this revenue with our hosts,” said the idea brief.

The next step is to scale up the different elements of the business, explained Fairbairn –who added that the company plans to double staffing levels next year and promote the model of being able to charge wherever you stop.