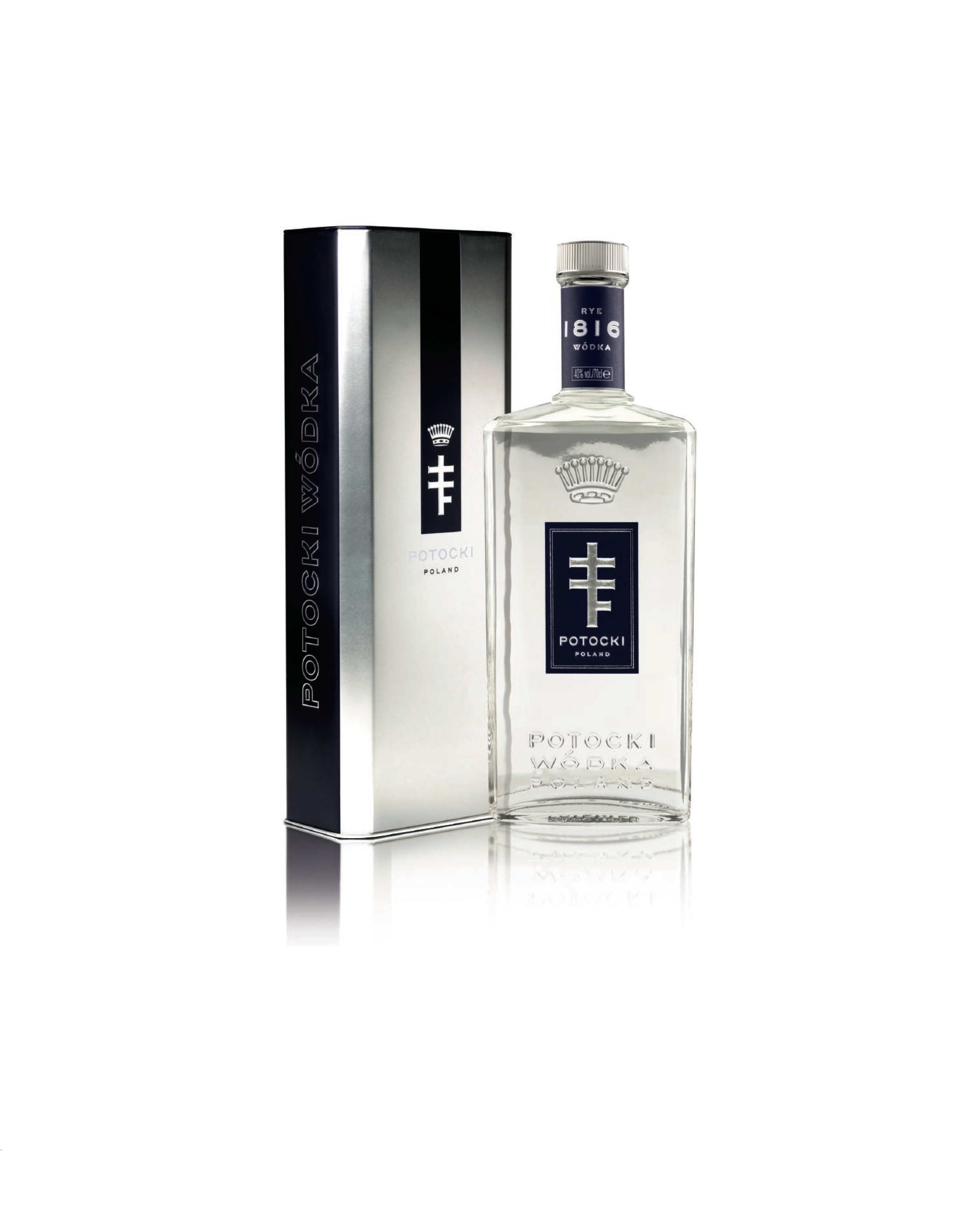 The Potockis, a Polish noble family, began producing vodka at the Łańcut, the country’s second oldest distillery, in 1816. But the estate, along with the distillery, was confiscated in 1944 by the communist regime.

“I’d spent four years working for investment banks Morgan Grenfell and Credit Suisse in London but I dreamed of moving back to Warsaw to bring the family business back to life,” says Jan-Roman Potocki. In 2000, he took the plunge, investing £150,000 of money he’d made in the City to prepare for the launch. “It took me two and a half years,” he says. “The product had to be designed, produced and marketed from scratch. Some companies have a hard time finding an identity which is authentic, credible and convincing. In our case, it was the other way round. There was so much family tradition surrounding the brand that it was difficult to choose certain aspects over others. We had to balance the history with a modern look. We ended up creating something which I think does just that – it’s not simply trendy, nor is it old fashioned. Potocki picked London as the launch pad: “Firstly, the UK is the most exciting and biggest spirits market in Europe, certainly for vodka. Secondly, the Polish market for luxury products was non-existent at the time: the country hadn’t yet entered the EU and the middle class was only just starting to emerge.” A bottle of Potocki Vodka comes with a £30-plus price tag. “With a heritage such as ours, there’s no way we were going to sell a cheap product,” explains the 39-year-old. “When you start from a small volume, you have to have higher margins. If I had tried to go head to head with the Smirnoffs or the Absoluts of this world, it would have been a doomed proposition from day one.” In 2002, Potocki moved to New York to take the brand Stateside (more than 30 per cent of the company’s £900k turnover now comes from US sales). In early 2009, Potocki Vodka was introduced in the Chinese market in cooperation with Danone Premium Brands, the producer of Evian water. Potocki admits his schedule is hectic. “I used to buy the kind of round-the-world tickets usually aimed at holiday makers. The route takes me from London to New York to LA to China, and then back to London via Warsaw. I’ve squeezed that entire trip into 30 days – several times. “I’m proud to have planted the Polish flag on three continents,” he says. Potocki adds: “The vodka-producing countries – Poland, Russia and the Ukraine – have been run by communist regimes for at least 50 years or more. And communism, by its very nature, destroys any sense of family ownership. When communism disappeared, it was difficult to go back and reclaim or recreate whatever was being made before the war or before the Russian Revolution. Potocki Vodka is the one exception. We’re absolutely unique.”